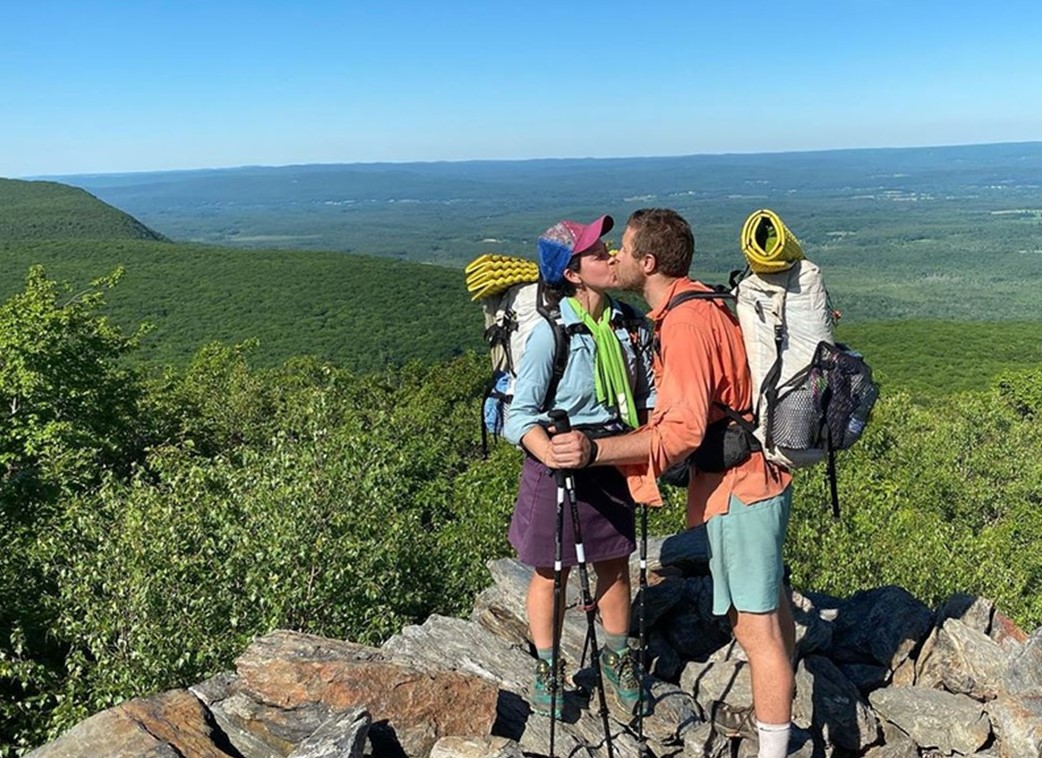 Image of Kera Passante and Bill Welch via the Chester County Press.

A local couple, who put their entire lives on hold in March to walk the Appalachian Trail, are nearing the end of their 2,193-mile journey, writes Richard Gaw for the Chester County Press.

Kera Passante, who grew up in Kennett Square, and her boyfriend, West Chester native Bill Welch, got the idea to embark on this massive undertaking during a hike through the Pennsylvania part of the trail on Christmas Day in 2018.

The two finished their outing, returned to their home in Malvern, and began the planning process, which ended up lasting 15 months. Finally, on March 4, they arrived at the face of Spring Mountain in Georgia and took their first steps on the Appalachian Trail.

Five months later, they have less than 300 miles of the trail left. And while they watched the world changing around them through the seasons, they also saw themselves develop and grow with each step.

“Now that we’ve come 1,900 miles, I’ve begun to notice how much my inner peace reflects an acceptance with the world all around me,” said Passante.

Read more about the couple in the Chester County Press here.

For This Man, the Journey of 4,000 Miles Began with a Single Step … in Chadds Ford