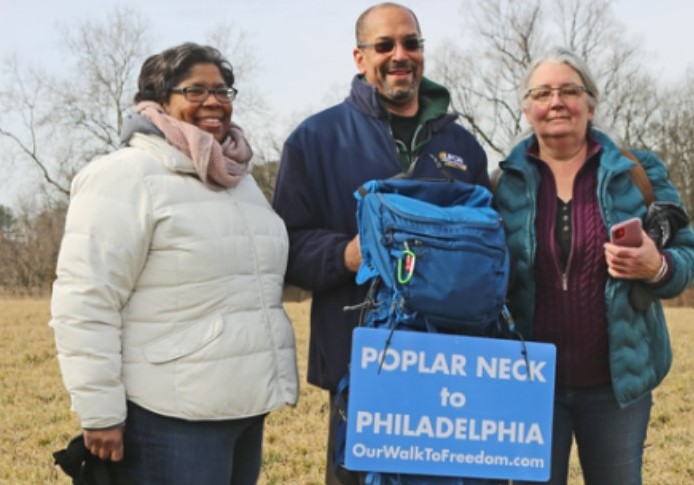 Ken Johnston, a trekker who has been following Harriet Tubman’s Underground Railroad trails, received a warm welcome when he arrived in Kennett Township, writes Steven Hoffman for the Chester County Press.

Tubman was born into slavery, but she managed to escape and then return for 13 missions in which she rescued around 70 slaves. To be able to fulfill her missions, she used a network of activists and safe houses known as the Underground Railroad. Several of these were in the Kennett Square area.

Johnston decided to make the Walk to Freedom his latest project. His previous hikes included a trek along Martin Luther King Jr.’s route from Selma to Memphis.

While his walks usually receive little attention along the way, this time was different.

Local businesswoman Lynn Sinclair, who is heading the creation of the Kennett Heritage Center, set up a reception for Johnston and his entourage, a bus trip to visit local underground sites, and several educational lectures.