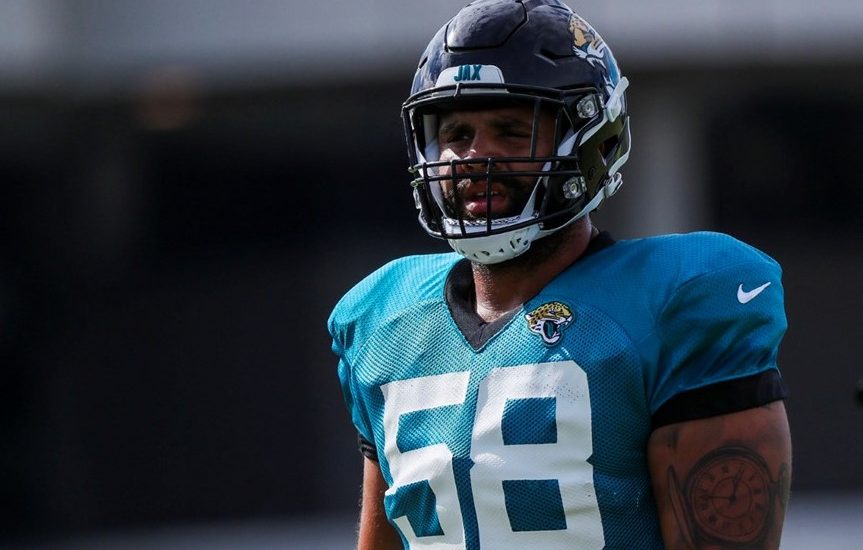 Image of Doug Costin via the University of Miami (Ohio) Athletics.

It’s rare for an undrafted rookie to actually make an NFL roster. It’s even rarer for him to crack the starting lineup in his first season.

West Chester native Doug Costin has done both – and then some – as the defensive tackle started for the Jacksonville Jaguars in their Week 9 loss to the Houston Texas and turned in a breakout performance, writes John Shipley for Sports Illustrated’s Jaguar Report.

Costin, a Bishop Shanahan graduate who played collegiately at Miami (Ohio), cashed in on his opportunity by recording two tackles and four pressures.

His impressive performance earned him the title of second-best rookie defender in Week 9 from Pro Football Focus.

“I don’t know about more reps, but I definitely love what I saw from him,” said Jaguars coach Doug Marrone. “I saw a player that was able to make plays, play square to the football, had good control over the line of scrimmage.”