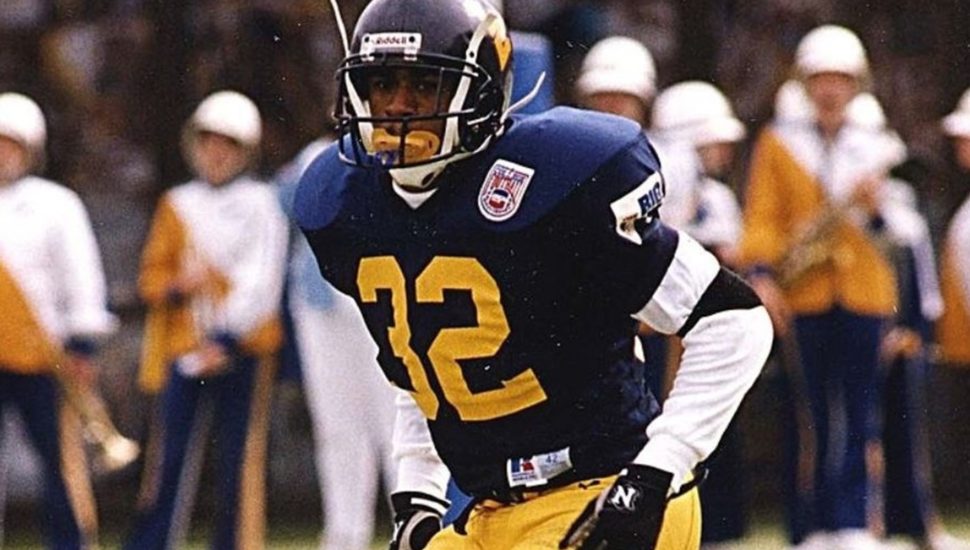 Pottstown native Aaron Beasley, a former cadet at Valley Forge Military Academy, is on the 2021 ballot for induction into the College Football Hall of Fame.

Beasley, a 1991 graduate of Pottstown High School, attended VFMA for the 1991-92 school year, before starring as a cornerback at West Virginia.

“When I went to Valley Forge Military Academy, I didn’t even know how to backpedal,” Beasley said. “I just lined up and hit somebody.”

Bill Kirelawich, a former defensive line coach at West Virginia who recruited Beasley, was enamored with his speed … and skills in another sport.

“Once I’d seen him play basketball and take over a game, I was sold,” Kirelawich said. “I never saw a guy move so fast with the basketball in my life.”

In his four years as a Mountaineer, Beasley intercepted 19 passes, one shy of the program’s record. The former All-American led the nation in interceptions with 10 in 1994.

Beasley was also a ball hawk in the NFL. A third-round draft pick in 1996, he played nine years in the league with the Jacksonville Jaguars, New York Jets, and Atlanta Falcons and finished his professional career with 24 interceptions.

Beasley is founder and CEO of the Athletic Business Alliance, which helps athletes transition to life after sports by pairing them with mentors in the business community.

The announcement of the College Football Hall of Fame’s Class of 2021 will be made early next year. The class will be officially inducted during an awards dinner on Dec. 7, 2021 in New York City.