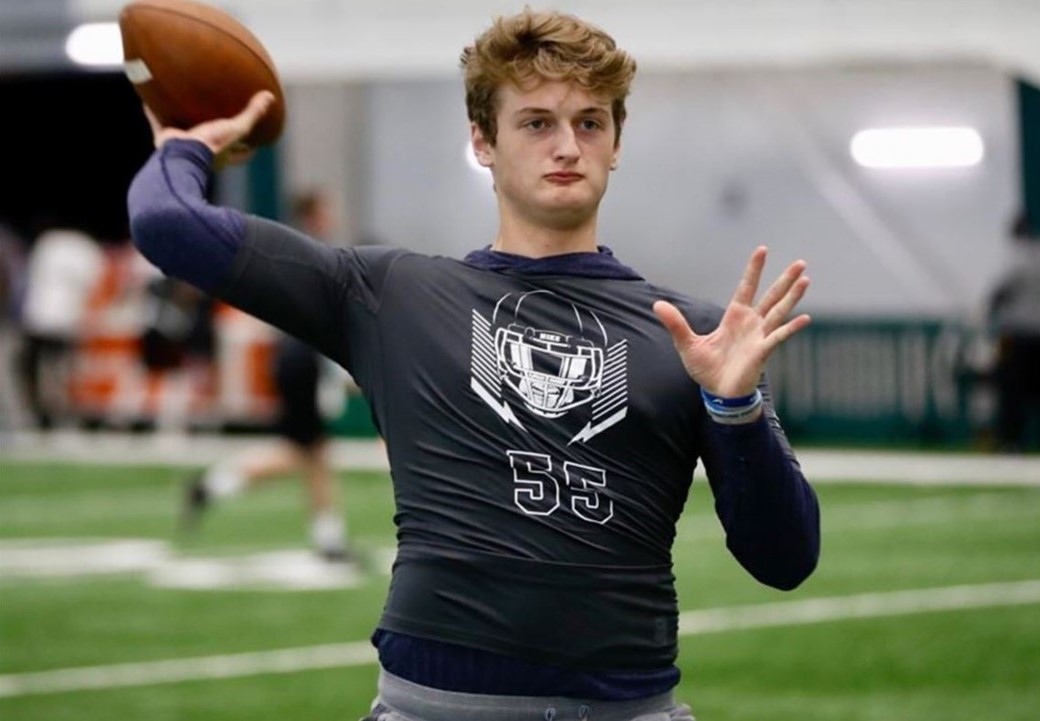 Image of Drew Gunther via 247Sports.

The 6-foot-2, 204-pound quarterback recently announced his commitment on Twitter.

Gunther was previously a preferred walk-on at Syracuse who entered the NCAA’s transfer portal last month. He spent last season redshirting for the Orange but did not appear in any games.

To be able to play during the 2020-21 school year after transferring, the quarterback needed to acquire a hardship waiver from the NCAA. Due to the coronavirus-related changes, however, no fall sports athletes will have to use a year of eligibility. This means Gunther will be able to retain all four years of eligibility.

During his time at Malvern Prep, Gunther went 22-3 as a starter. He also set several school records, including touchdown passes at 54 and passing yards at 4,947.

He will have to wait for his official college debut as Bowling Green will not play football during the fall, after the Mid-American Conference decided to postpone its season to the spring.

Read more about Drew Gunther in the Toledo Blade here.