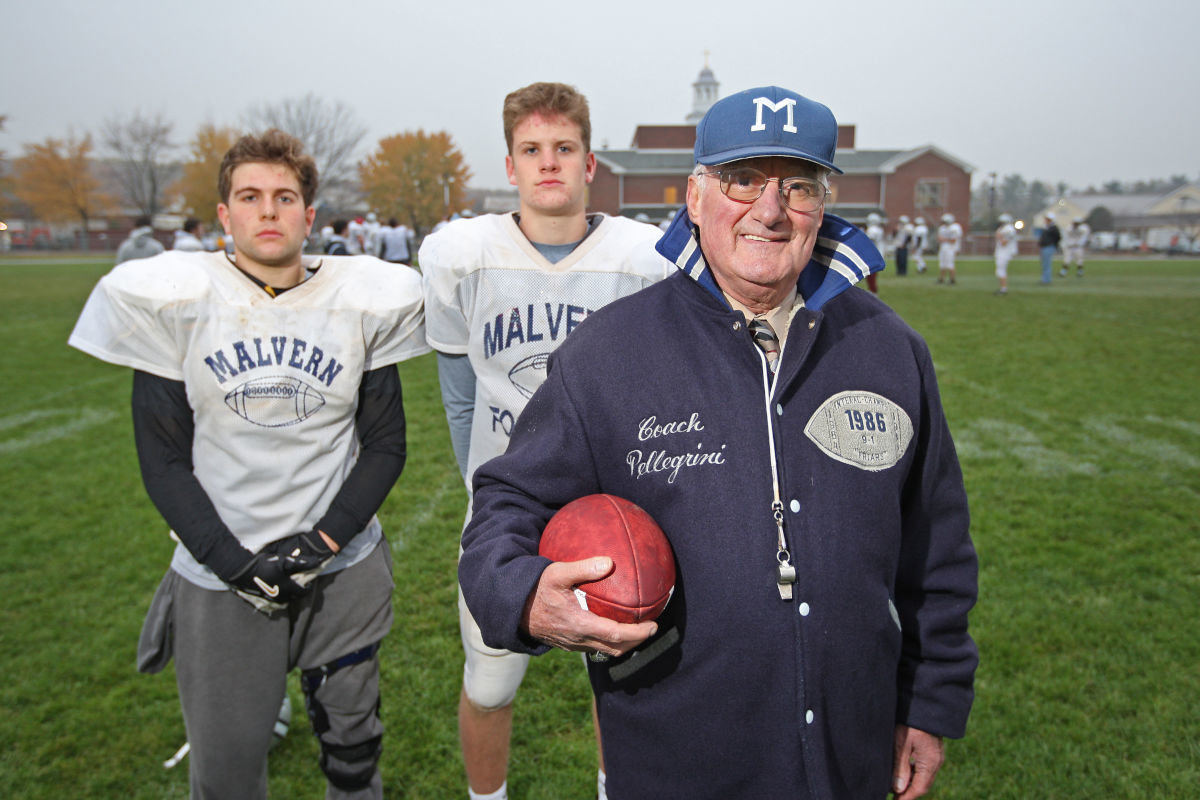 Football coach Gamp Pellegrini, who spent 31 years at Malvern Prep, will be remembered as a fierce competitor, as well as a sincere friend. Image from 2007 via Michael Bryant, Philadelphia Inquirer.

Of the many things he was to many people, legendary Malvern Prep football coach Gaspare “Gamp” Pellegrini may be remembered best as fierce on the gridiron, but sincerely friendly off it.

Pellegrini recently died at age 79 from cancer complications, according to a Philadelphia Inquirer report by Rick O’Brien and Aaron Carter.

“Gamp was a fierce competitor and wanted to win badly,” said Penn Charter coach Tommy Coyle. “But once the game was over, win or lose, he was the first to say good things about your team and players.”

Over the course of 31 seasons at Malvern Prep, Pellegrini molded his Friars into the team to beat in the Inter-Ac League. He coached a total of 45 years.

“He was a great guy, a family guy, a man’s man, spoke from the heart,” Coyle said. “He’s certainly going to be missed.”

Read more about what friends and competitors had to say about Pellegrini in the Philadelphia Inquirer here.