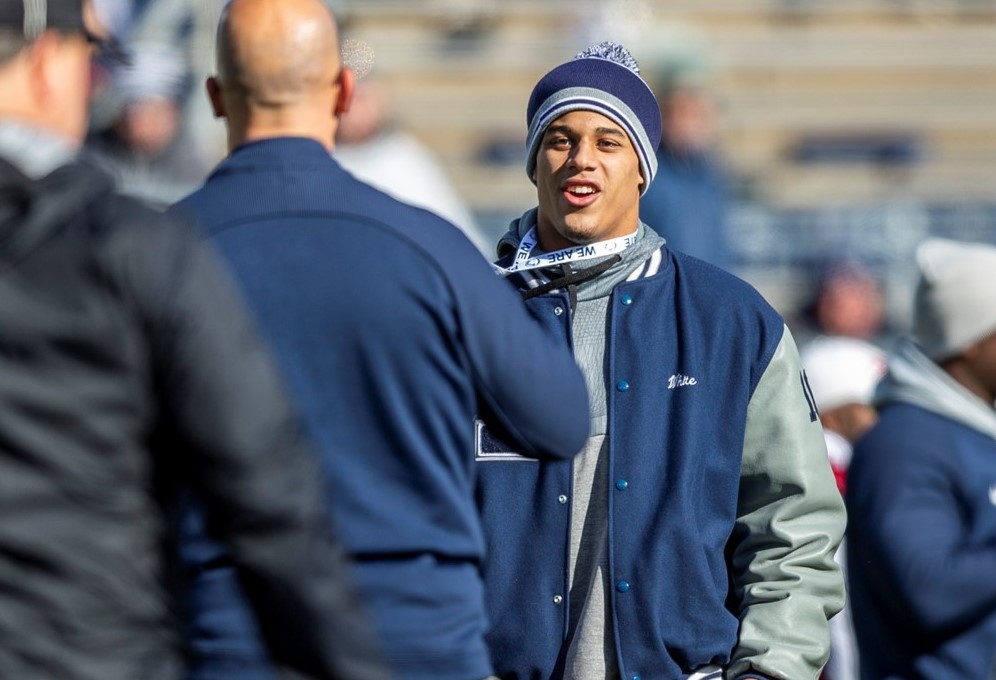 Coatesville resident Lonnie White Jr. – a junior at Malvern Prep and arguably the best all-around scholastic athlete in the state – has committed to playing football in college at Penn State, writes Greg Pickel for the Harrisburg Patriot-News.

“Thank you to Coach (James) Franklin and the rest of the staff for the opportunity to play in front of the best fans in the nation,” White Jr. wrote on Twitter.

Before choosing to join the Nittany Lions, he had committed to playing baseball at Clemson. Now, although he has ultimately chosen football, it is also believed that he will be able to play baseball at PSU as well.

The 6-foot-2, 210-pound White was recruited to be a wide receiver at Penn State. At Malvern Prep, he has played a variety of positions, including quarterback. In addition to his football and baseball exploits, he is a key member of Malvern Prep’s basketball team, which won the Inter-Ac League this winter.

“With the ball in his hands, he is one of the most dangerous players I can remember coaching,” said Malvern Prep coach Dave Gueriera. “He can run by guys, throw it over them … he is just one of the best athletes I have ever coached.”