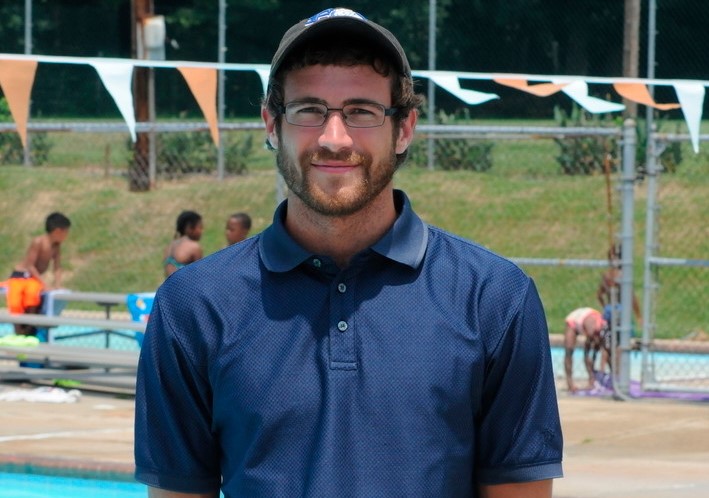 Image of Tyler Ziegler via the Wilson (N.C.) Times.

Coatesville native Tyler Ziegler has been named the new head coach of the men’s and women’s swimming teams at the Catholic University of America, an NCAA Division III school in Washington, D.C., where he previously spent two years as an assistant.

“Tyler embodies many of the qualities we valued,” said Sean Sullivan, Catholic’s Associate Vice President and Director of Athletics. “With a strong understanding of the specificity of training often required in swimming, experience on our own campus, and years of thoughtfully building impactful relationships with his student-athletes, Tyler is exceedingly well prepared to lead our two teams to continued competitive success and holistically productive experiences.”

Ziegler spent the last four seasons as the head coach of Division II Barton College in North Carolina, where he established the first-ever men’s and women’s swimming teams and was named Conference Carolinas Coach of the Year.

“I will be looking forward to leading our roster as we strive to play our part in Catholic University’s mission, which is centered in service and faith,” said Ziegler.

“Tyler demonstrates a remarkably high emotional intelligence in his approach to developing a culture and coaching his student-athletes,” said Jeff Dugdale, the coach at Queens College who also serves as a coach of the USA National Team. “I have enjoyed watching his passion from deck level and seeing how it translates to his student-athletes, and the results speak for themselves. Catholic University is blessed to have Tyler as their new leader of the swimming programs.”