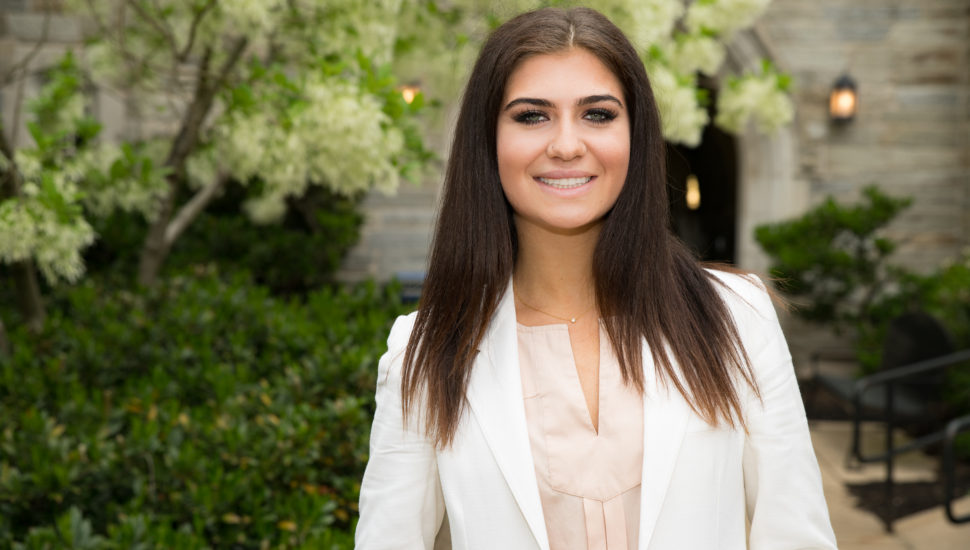 West Chester University will host 14 commencement ceremonies over the next few days.

“I want to give credit to the university for helping me accomplish my dreams,” she said.

She earned her high school diploma at age 16 and began taking classes at WCU in August 2016. Today, she is already enrolled in the MBA program at St. Joseph’s University.

To obtain her degree in an accelerated manner, she took summer courses, winter courses, and overload course semesters.

“I consulted with my advisors, and they gave me the green light to try to achieve this goal,” she said. “I had support from my parents who helped me throughout the process and my loving, supportive friends.”

In terms of a career, she “would love to be in a position to motivate others … working in Organizational Development and Management … (maybe as) a Chief People Officer. I want to be in an industry that has a mission to create a better world as well as a company that makes good use of each individual’s talents.”

On Sunday, Jhalil le Blanc from Philadelphia will deliver the student commencement address for WCU’s University College graduates as he earns his bachelor’s degree in liberal studies.

In 2005, le Blanc was given less than a year to live after being diagnosed with stage four cancer. The disease and treatment both affected him physically, and he had to leave his job as a prison system clinician for opiate-addicted inmates and parolees.

“Five years into that diagnosis, I realized I was not going to die,” he said.

Exercise, diet, and social support – some of which came through his part-time job with the West Philadelphia YMCA – helped le Blanc achieve the success that he says makes him “feel like a winner today.” He begins classes in WCU’s master’s program in human resource management on May 28 and expects to earn his graduate degree by January 2020.

He was a young father, gaining full custody of his four sons and putting them through college while undergoing cancer treatments. He had taken several series of classes at different colleges in pursuit of a nursing degree, but didn’t complete coursework for a degree, as he battled recurrent episodes of debilitating illness, including one when he began at WCU.

Illness and paralysis nearly caused him to quit but one professor in particular would not accept his withdrawal from her class: fellow Philadelphia resident Iliana Pagán-Teitelbaum, assistant professor of languages. With her help in bringing him homework, plus e-mails and chicken soup from philosophy professor John Woolfrey and support from Whitney Katarai (health) and Rebecca Chancellor (psychology), he said he “learned to turn pain into power.”

The students in his classes were also supportive and inclusive, encouraging him and inviting him to their events.

His work experience has been in human service and healthcare, and he continues to work with the West Philadelphia YMCA. His plans are to get back into healthcare and human resources in a quality assurance role.

EducationFunding Formula at the Center of Coatesville School District’s Battle with Charter SchoolsJanuary 18, 2021