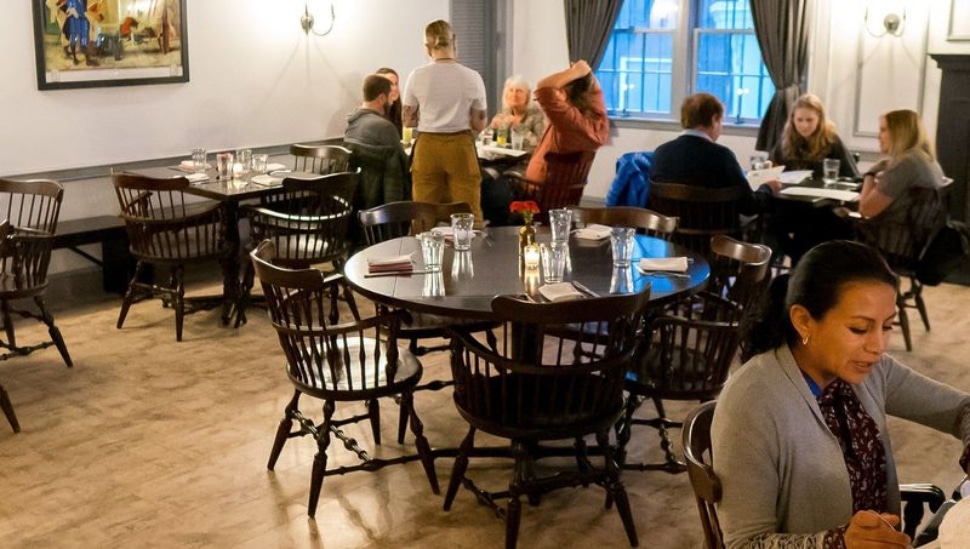 While they were working on renovating the old Kennett Square Inn, Jacob Short and his business partners, Daniel Daley and Matthew Killion, heard what sounded like a child running on the floor above them.

“We knew we were the only people in the building,” said Short.

They immediately thought of Letitia, William Penn’s daughter who, according to a local legend, haunts the place. The three, who also own Saucey pizzeria in West Chester, decided they had a name for their new establishment.

The old inn has been updated by the new owners into a hipper bar-restaurant with a menu that offers something for everybody, as well as a bottle shop downstairs.

The menu includes soup and salads, entrees, sandwiches, burgers, and pizza. But there are more eclectic options, too. Must-try options include mushroom toast with whipped ricotta, duxelles, and crispy sage; a Korean fried chicken sandwich; and Parker House rolls with honey butter and blackberry jam made by pastry chef Jaclyn Short, Jacob’s wife.

Read more about Letty’s Tavern in The Philadelphia Inquirer.