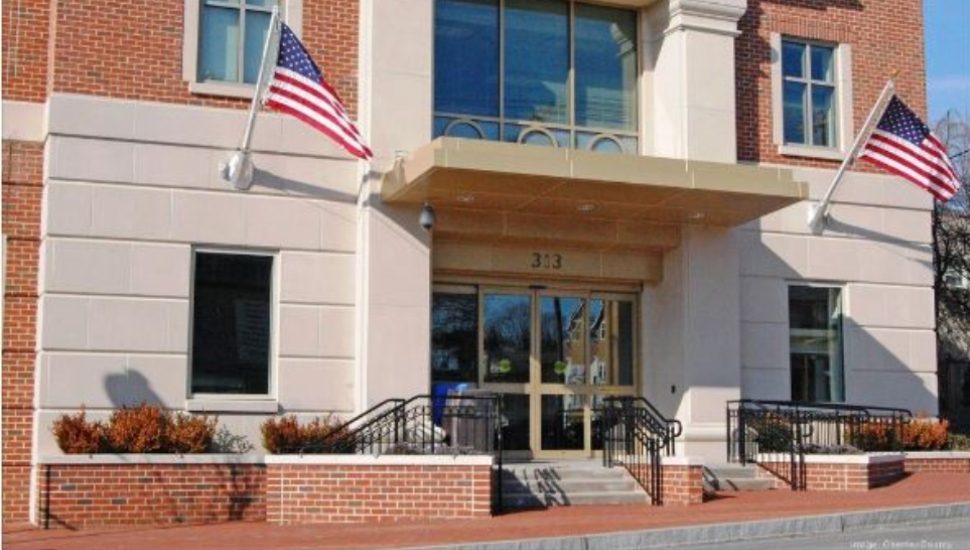 Image via the County of Chester.

Chester County has acquired the building in West Chester that houses a number of its government operations for $42.6 million, writes Natalie Kostelni for the Philadelphia Business Journal.

The county was leasing the six-story building on West Market Street for the past decade and has now exercised the option to purchase it from an affiliate of E. Kahn Development.

The developer built the 180,000-foot structure 10 years ago, and the county became a tenant. The lease-to-purchase option became viable halfway through the agreement’s 20-year term, making it available now.

The rent/own decision came after an in-depth financial analysis of the pros and cons. Results showed that over the course of the lease, the county would save $16 million by purchasing the building, according to Bobby Kagel, county administrator.

The county also plans to conduct a remote work analysis to determine future needs for office space for employees. Several options will most likely be available, including a hybrid model, full return to work, and continued work from home.

Read more about the acquisition in the Philadelphia Business Journal.

Government & PoliticsAfter Stepping Down as Region’s Top Federal Prosecutor, Henderson High Grad Looking for Other Opportunities to Remain in PoliticsJanuary 26, 2021

RetailAs ‘the World Shifts to What We Do,’ QVC Still Occupies the Throne of Live ShoppingApril 11, 2021