Violence in the United States of America is Never the Answer 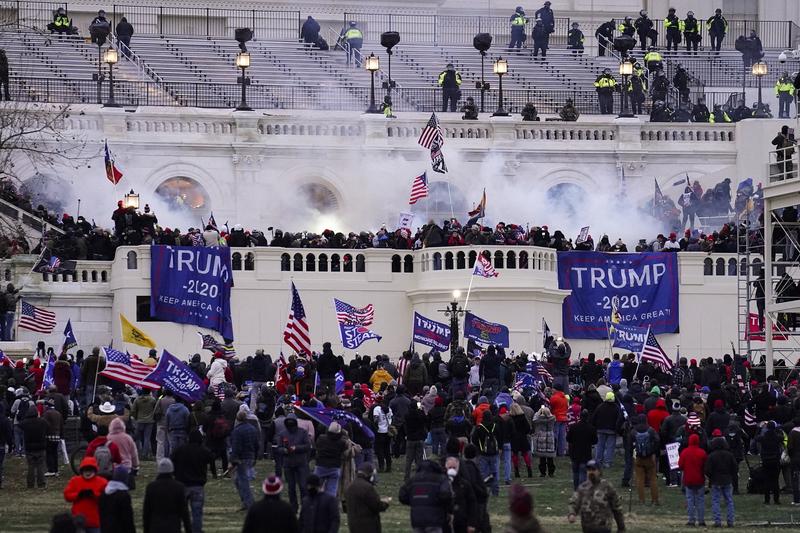 Image by John Minchillo via the ASSOCIATED PRESS.

Violence in the United States of America is never the answer. It is not justified against innocent people, the media, law enforcement, nor local businesses. And, it is never, ever justified against public buildings or elected officials.

Some of those embracing them have felt duty-bound or empowered to at first raise their voices, then scream at their neighbors, until they took the next step—violence, as if that underscored their commitment, their point of view. Their neighbors either shouted or stormed back, or cowered at home—fearful to express their views.

Elected officials and our public buildings must be places of debate and discussion and must never, ever be the targets of threats, violence or destruction. A free society, a democratic- republic demands no less.

Ours is not the first generation of Americans to feel that society is unfair to them or their neighbors; nor that our government isn’t listening to them.

Ours is not the first generation to question our laws or how they are carried out.

Ours is not the first generation to see more division then unity between our political parties. Violence from the ultra-right, ultra-left, anarchists or any so-called ideology must never, ever be tolerated and must never be ignored.

Our Constitution contains both rights, as well as checks and balances, which have established a strong and enviable democratic republic.

Americans must never hesitate to write, to gather or to talk to one another.

Americans must never hesitate to question each other or their elected officials. The First Amendment—a hallmark of our society—must be protected and respected.

Yet, we must never, ever turn to violence.

Violence displays contempt for your fellow citizens, the rule of law and our nation. It is the antithesis of American values.

We must never stop engaging in healthy debate, but we call on our fellow Americans to never resort to violence. We invite all elected officials to join us in urging calm and speaking out against violence. We must never turn a blind-eye to violence, no matter what the cause.

Guy Ciarrocchi is the President & CEO of the Chester County Chamber of Business & Industry.

Real EstateChester County Home to 18 of the 50 Hottest Philadelphia Neighborhoods and Nearby TownsFebruary 27, 2021