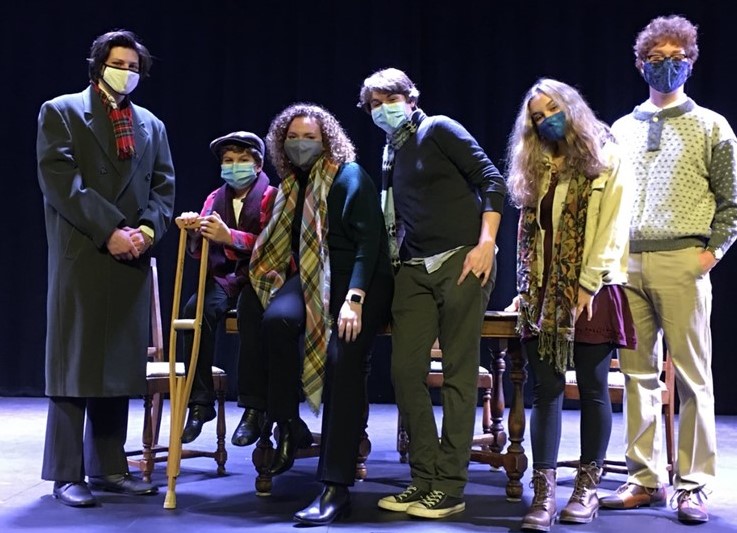 Image via the West Chester Studio at Uptown!

Celebrate the holiday season with West Chester Studio at Uptown! on Friday, Dec. 18 at 7 PM as it presents a virtual premiere of Tiny Tim’s Christmas Carol, a Family Musical Adapted from the Story by Charles Dickens.

Grab your figgy pudding and hot apple cider and curl up with your family to view this twist on a Christmas classic written by Michael Harron and Rick Cummins.

With his pure innocence and will for life, Tiny Tim, played by Adam Makke, teaches Scrooge to soften his cold, callous heart. Through the friendship they create, Scrooge is able to find what has been long lost – his ability to feel optimism and empathy – giving the old humbug a second chance at life.

Director Therese Walden-Murphy is thrilled to bring this virtual musical to life at Uptown!

Under the direction of industry professionals, student performers work, as closely as possible, under the rules and regulations of the Actors Equity Association, discovering what would be expected of them in an Equity Theater Production. In addition to honing their performance skills, students witness the process of costuming, directing, and everything in between.

When the lights go on, the performers feel the rush of excitement, exude confidence, and feel a proud sense of accomplishment.

The show will be recorded on stage with a three-camera crew, edited, and streamed to families across the area.

‘Raise Up! the Curtain’ Campaign Off to Rousing Start for Uptown!

Uptown! Embarks on $500,000 Campaign to Sustain Operations Until It Can Reopen