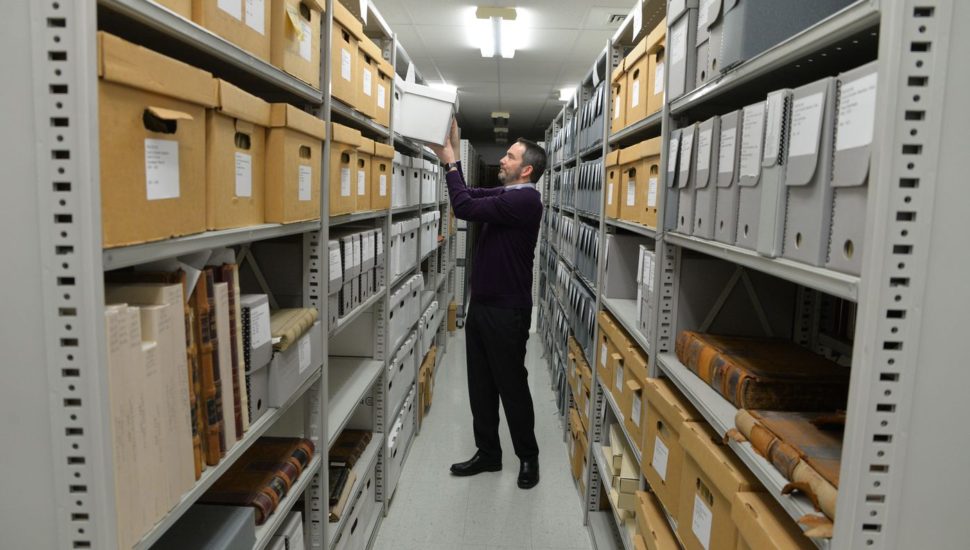 Cliff C. Parker, archivist with the county, uses old documents on a quest to identify a pre-Revolutionary War property. Image and caption via the Philadelphia Inquirer.

Thanks to a Chester County archivist who pored over centuries-old property records, deeds, and mortgages found in the county’s files, residents can now see if their house was looted or even set ablaze by the British during the Revolutionary War, writes Katie Park for The Philadelphia Inquirer.

At that time, formal road names largely did not exist. In the absence of that, property records represented the best way to trace where in southern Chester County the British troops had stormed and where they had fallen back, as well as where the Continental Armies had responded in kind before retreating.

It was a massive undertaking, said Parker, but an important one.

“It’s important for people to kind of put history into context to understand the history of a property and where their ancestors were,” he said.

Read more about the project in The Philadelphia Inquirer here.

Who Owned Your Property in 1777? Chester County Unveils Interactive Tool to Help You Trace It