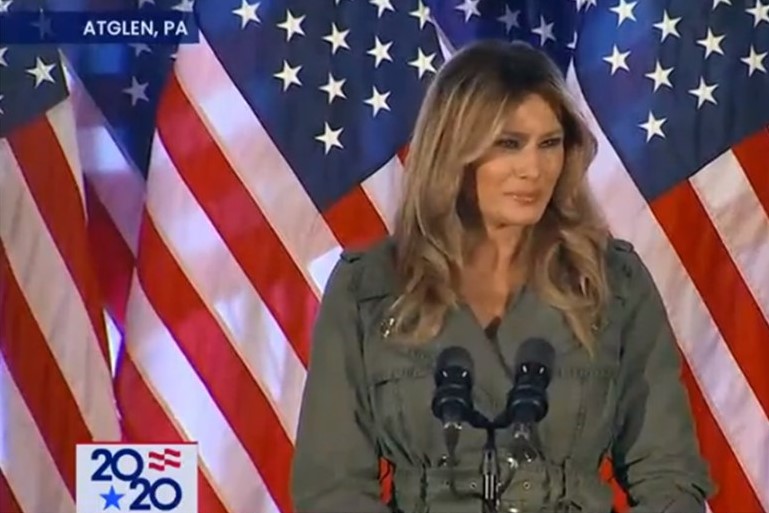 Melania Trump made her first solo campaign appearance of the year on Tuesday, when she traveled to Atglen and spoke to supporters at the Barn at Stoneybrooke, a popular wedding venue, writes Michael Rubinkam for The Associated Press.

Former White House advisor Kellyanne Conway introduced the First Lady, who recently recovered from what she has described as a mild case of COVID-19.

Trump spoke empathetically about the coronavirus, calling herself a “worried mother and wife” who knows “there are many people who have lost loved ones or know people who have been forever impacted by this silent enemy.”

As her husband spent the day campaigning in Michigan, Wisconsin, and Nebraska, the First Lady told his supporters in Atglen that “We must keep Donald in the White House, so he can finish what he’s started and our country can continue to flourish.”

She later stopped by a local Republican headquarters, where she thanked campaign volunteers with pizza and soda.

Pennsylvania is considered one of the battleground states that will play a key role in the outcome of Tuesday’s presidential election.

Click here to read more about Melania Trump’s visit to Atglen from The Associated Press.