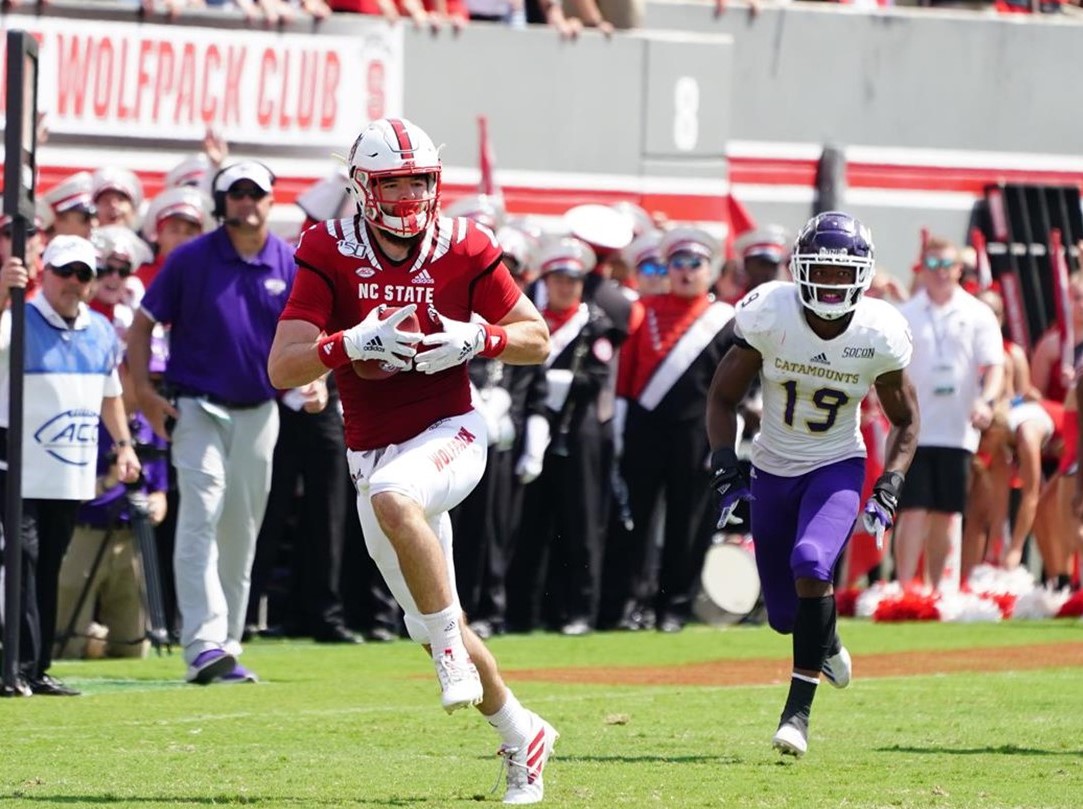 After redshirting as a freshman at the University of Southern California and experiencing the “culture shock” of Los Angeles, Downingtown East High School graduate Cary Angeline transferred to North Carolina State, where he has since blossomed into an NFL prospect, writes Todd Gibson for FOX 8.

Scholastically, Angeline was the fourth-ranked tight end in the country when he signed with Southern Cal. After redshirting, though, the Chester Springs native felt he needed a change.

“It was a culture shock going from high school to L.A.,” he said. “Yeah, it’s been a long journey.”

That journey led him to the Wolfpack, and both the player and team could not be happier.

“Here is a little more like home,” said Angeline, who is now a senior.

Last year, the 6-foot-7 tight end caught five touchdowns, establishing himself as a red-zone weapon. This year, he has already hauled in four touchdowns for the 3-1 Wolfpack and is perfectly in sync with quarterback Devin Leary.

“We’ve built a good connection since we’ve been here,” said Angeline. “We are both Northeast guys. He’s from Jersey and I’m from Pennsylvania, so we’ve kind of got a connection through that.”