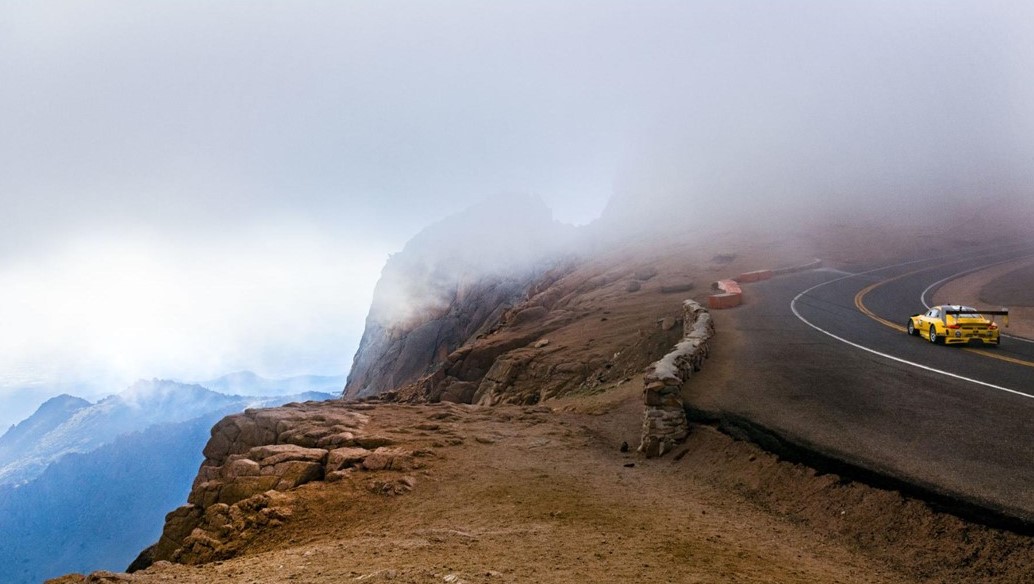 Despite setting the fastest qualifying time for the 98th running of The Pikes Peak International Hill Climb in Colorado, West Chester resident David Donohue sustained a flat tire during the race last Sunday and was unable to finish.

Also known as The Race to the Clouds, The Pikes Peak International Hill Climb is an annual automobile and motorcycle hill climb to the summit of Pikes Peak. The track measures 12.42 miles and has more than 156 turns, climbing 4,720 feet from the start at Mile 7 on Pikes Peak Highway to the finish at 14,115 feet.

Seven deaths have been associated with the annual event.

Driving a 2019 Porsche GT2 RS Clubsport, Donohue was the top returner from last year’s competition and was well on his way to the top time of the day, before a flat tire ended his day.

In 2019, Donohue placed fourth overall with a time that would have crowned him King of the Mountain in 2020.

Donohue, 53, is the son of the late Mark Donohue, the renowned racecar driver who won the 1972 Indianapolis 500.