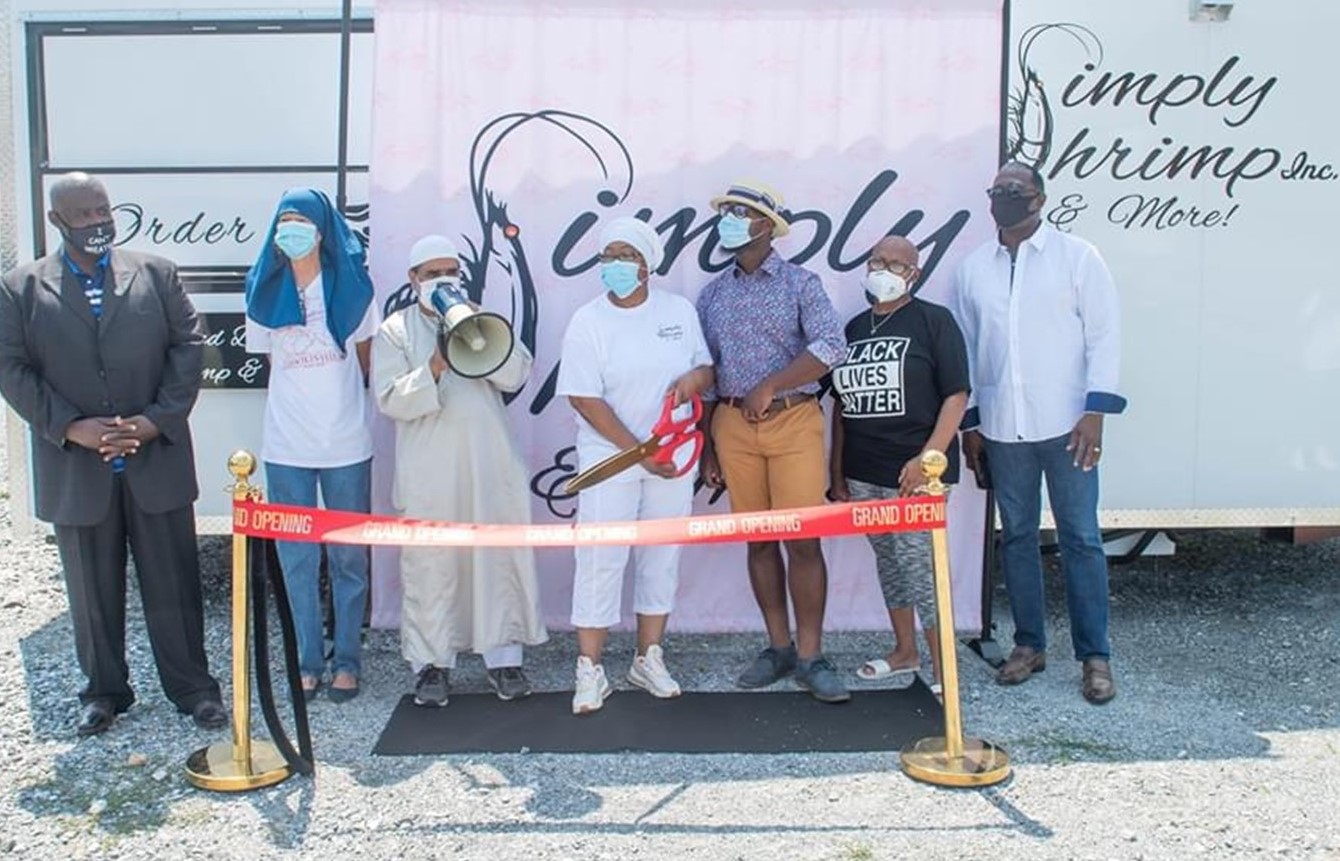 The ribbon-cutting ceremony was well-attended and evidence that, as Thomas stated, “Coatesville is simply ready for more businesses to open.”

State Rep. Dan Williams – as well as Linda Lavender-Norris, Donald Folks, and Jackie Al-Amin of Coatesville City Council – were among those who attended the event.

More than a year ago, Thomas shared her vision to bring a food truck to the city with James Logan, Coatesville’s Assistant City Manager. There was no ordinance in place at the time, but city officials were open to the idea.

Logan was instrumental in Coatesville adopting a food truck ordinance for the first time in its history.

As a result, Simply Shrimp & More will be stationed at the intersection of Third Avenue and Lincoln Highway on weekends to start. Follow the business on Instagram (@Simplyshrimpandmore) for its menu and hours of operation.