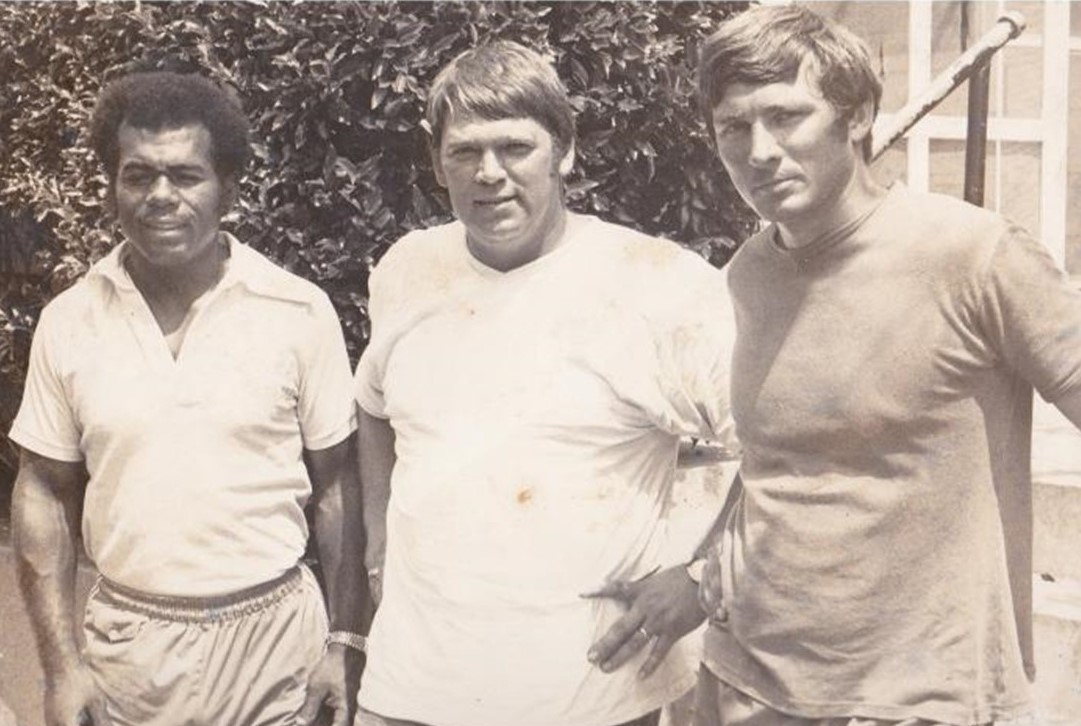 Jim Alderman, center, is flanked by a pair of his assistant coaches. Image via the Cape Gazette.

Jim Alderman, a member of the Coatesville Area High School Sports Hall of Fame who coached Cape Henlopen High School in Lewes, Del., to a state football championship in 1979, has died at the age of 77, according to a report from WBOC-TV.

In the late 1950s, Alderman was a two-way standout for the Coatesville High School football team, playing both offensive tackle and linebacker.

He earned a scholarship to play at the University of North Carolina, where the Tar Heels won the Atlantic Coast Conference championship during his senior year and beat Air Force, 35-0, in the Gator Bowl.

He took over the program at Cape Henlopen in 1976 and became the only coach to lead the Vikings to a state title. After defeating Caesar Rodney, 37-6, for the championship in 1979, Alderman was named DIAA (Delaware Interscholastic Athletic Association) Coach of the Year.