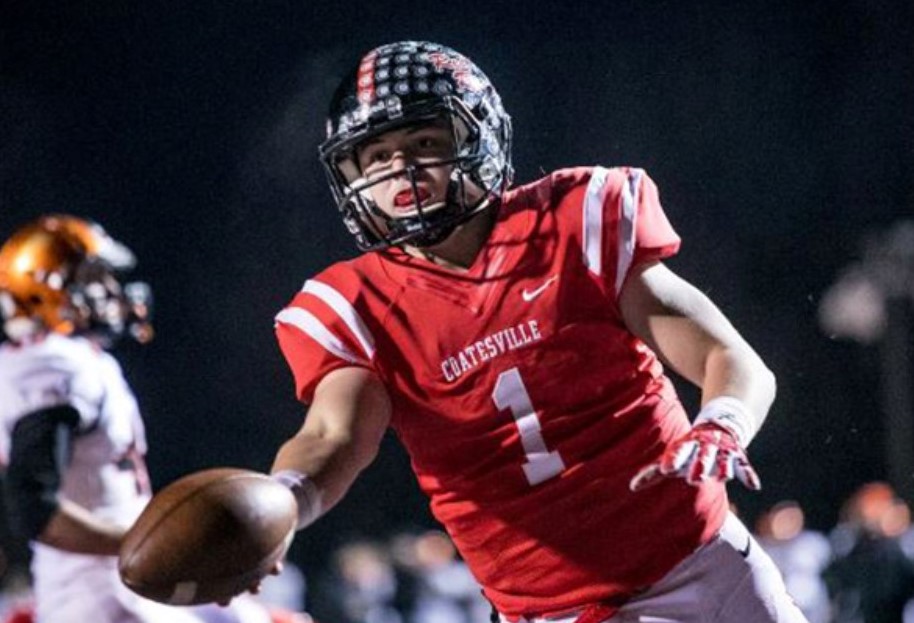 Image of Ricky Ortega via ChesMontSports.com.

Heralding the shifting demographics across the country, a Latino father and his son are leading the Coatesville High School football program to gridiron glory, writes Jeré Longman for The New York Times.

Ricky Ortega, a junior quarterback, and his father and coach, Matt Ortega, have led the Red Raiders to a 13-0 record this season. Recently, Ricky threw his 100th career touchdown pass, while his father also marked his own milestone with 100 victories.

Gains in Latino participation in football have been incremental. There is currently just one Latino head coach in the NFL and two at the top tier of college football.

But that is changing.

The Red Raiders have seven Latino players on the varsity roster and eight on the freshman team. This reflects the shift in the steel town’s demographics, which are now around 50 percent black, 25 percent white, and 25 percent Latino.