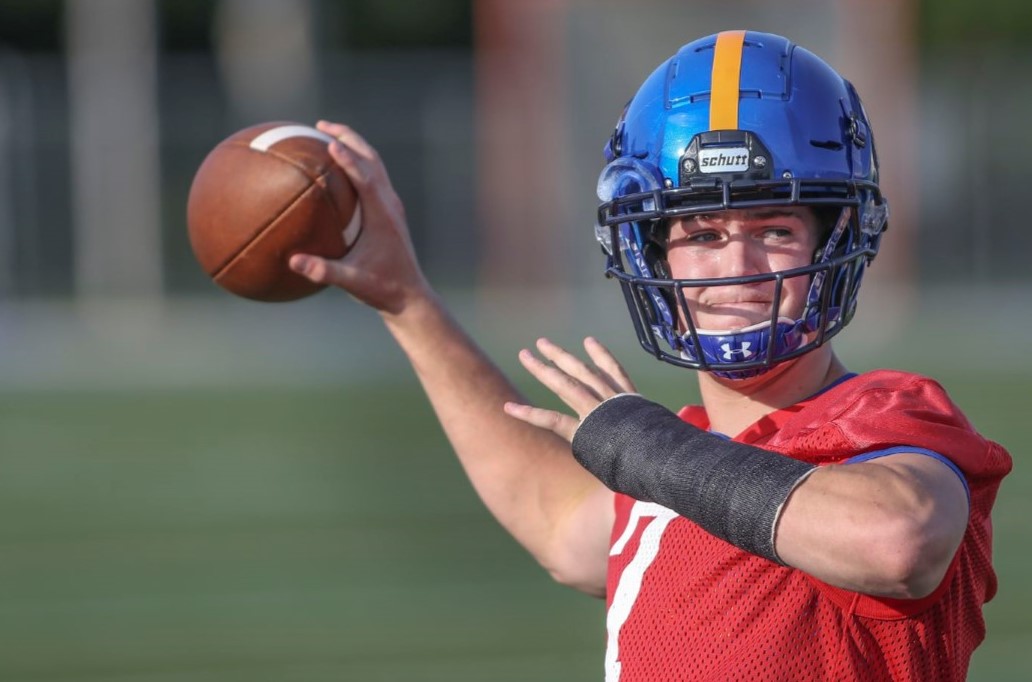 Image of Will Howard via Steven Falk, Philadelphia Inquirer.

Once he begins his college football career at Kansas State, Downingtown West senior quarterback Will Howard will be playing for Eagles quarterback Carson Wentz’s old coach, writes Phil Anastasia for The Philadelphia Inquirer.

The decision to commit to Kansas State and coach Chris Kleiman, who won four NCAA Division I FCS titles in five seasons at North Dakota State, was not an easy one for Howard. As a top student with a 4.4 GPA, Howard had offers not just from top universities for college football, but also from Ivy League schools.

In the end, he opted for the Wildcats of the Big 12 Conference. They were at the top of his list because of the authenticity of everybody he met during his recruitment.

“They were just so real to me through the whole process,” he said. “They wanted to get to know me as a person, before me as a football player.”

Read more about Will Howard in The Philadelphia Inquirer here.