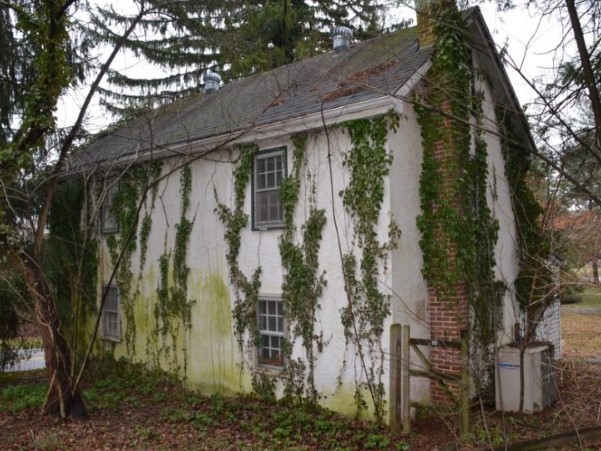 Image of the Isaac Allen House via the Chester County Press.

Despite the extensive damage to the house, an architectural assessment conducted in November 2016 by the commission – after Chatham Financial submitted a demolition permit application – found that it can be saved.

Although the home cannot be placed on the National Register of Historic Places due to modern alterations made by its owners, its historic importance cannot be denied. It was built in the early 1700s and was originally known as Cox Tenant House. Several decades later, it stood in the path of the British Army as it marched to the Battle of the Brandywine.

The Historic Commission presented cost estimates for preserving the building to the township’s Board of Supervisors.

They stated that no options can be made part of the 2020 budget but agreed to open the lines of discussion among the township, its Historic Commission, and Chatham Financial this year to put the house on the township’s list of projects.

Read more about the Isaac Allen House in the Chester County Press here.