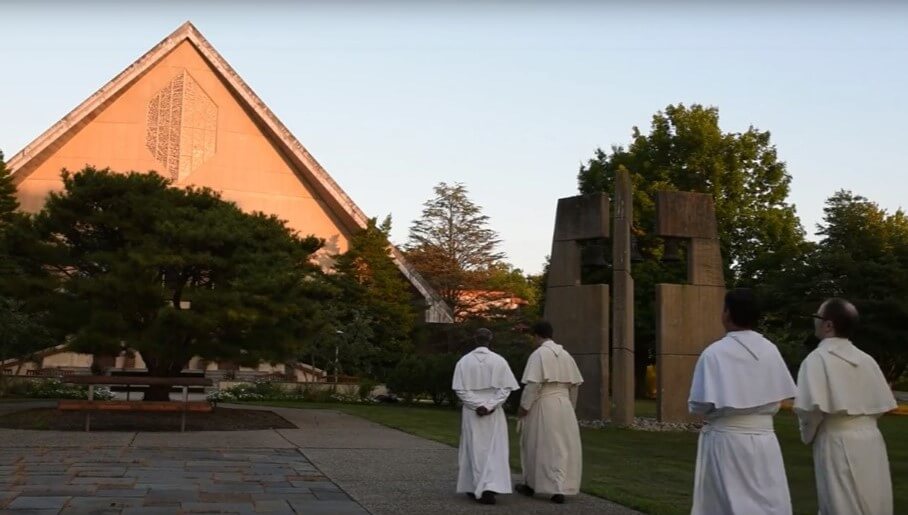 The Norbertines, a religious order founded by Saint Norbert in a French village in 1121, originally came to the area in 1934 and opened a high school for boys in South Philadelphia. The school was originally called Southeast Catholic, before becoming Saint John Neumann High School.

As a response to vocations coming from the school, the Norbertine community started a seminary in 1954 in Daylesford. Two years later, it was further invited to open and staff the newly founded Saint Norbert Parish in Paoli.

In the 1960s, the Norbertine community moved from Daylesford to a 130-acre farm in Paoli that is now its present site.

In 2004, the Abbey opened its renovated Spirituality Center, which provides people of all ages, religions, and backgrounds a place to deepen their sense of personal and communal spirituality.