Local Couple Runs a Successful Farm — in a Cemetery 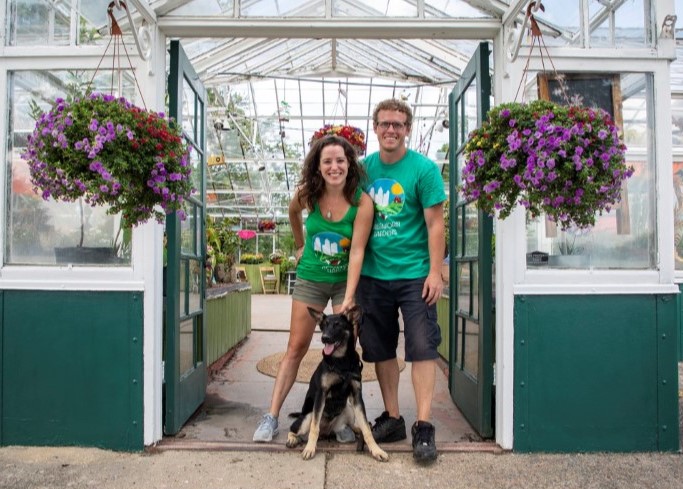 Image of Stacey and Sean McNicholl via the Philadelphia Inquirer.

Upper Darby is not the first place you’d think of for farming.

Sean and Stacey McNicholl decided to give it a try, though, and leased a greenhouse at Arlington Cemetery, writes Katie Park for The Philadelphia Inquirer.

The couple saw an opportunity to create an urban farm, so they crammed as many fruits, vegetables, and flowers as they could into the greenhouse, opening GreenHorn Gardens in April.

Sean and Stacy had visions of selling fresh produce to locals while teaching basic food production and gardening.

“It felt important to do it here” in Upper Darby, said Stacey McNicholl, 32, who had been farming with her husband for eight years, first in their backyard, then in Broomall, Chadds Ford, and elsewhere in Upper Darby. “There are very few farms on this side of Delaware County.”

Every Friday to Sunday, they hold their farmers’ market at the cemetery, selling tomatoes, zucchini, eggplant, microgreens, and an assortment of other vegetables and flowers.

They donate unsold produce to local food banks and churches in a bid to reduce food insecurity.

The couple has started a community garden for the students of nearby Monsignor Bonner & Archbishop Prendergast Catholic High School.

Read more about the urban farm in The Philadelphia Inquirer here.