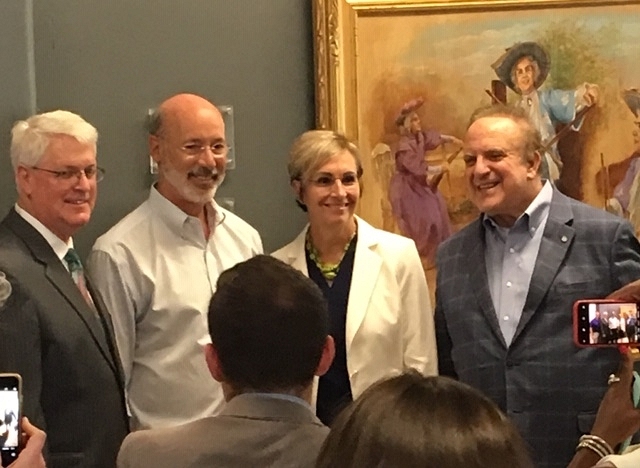 “It’s always great to get out and visit Pennsylvania’s historic downtowns,” said Gov. Wolf. “Driven by a fatigue of sameness, people are looking for places that have their own unique meaning, and West Chester has done a great job at repurposing its buildings, while keeping the borough’s wonderful, historic charm.”

In 2017, the borough received the Great American Main Street Award for its efforts to preserve the area’s historic and cultural heritage while modernizing the downtown. This was the first Pennsylvania community to be recognized with this distinction since York was honored in 1998.

Through the years, the Wolf Administration has supported many West Chester Improvement District projects that have repurposed and updated its historic properties. The Uptown! Knauer Performing Arts Center received a $200,000 Keystone Communities loan to redevelop the Pennsylvania National Guard Armory with specialized lighting, visual and audio equipment, and theatre seating. Additionally, the borough received $500,000 in Redevelopment Assistance Capital Program funding for upgrades for the Municipal Building.

The governor began the walking tour at the Chester County Historical Society before visiting the Uptown! Theatre and local businesses, like Spence Café, Jane Chalfant, and Fairman’s.

“West Chester is pleased to have a visit from Gov. Wolf,” said Malcolm Johnstone, Executive Director of West Chester BID. “He knows that with the support of the Pennsylvania Department of Community and Economic Development and local government, we’ve been able to put together a grassroots revitalization organization that is providing impressive results. These efforts have created an environment where small, home-owned businesses can flourish.”