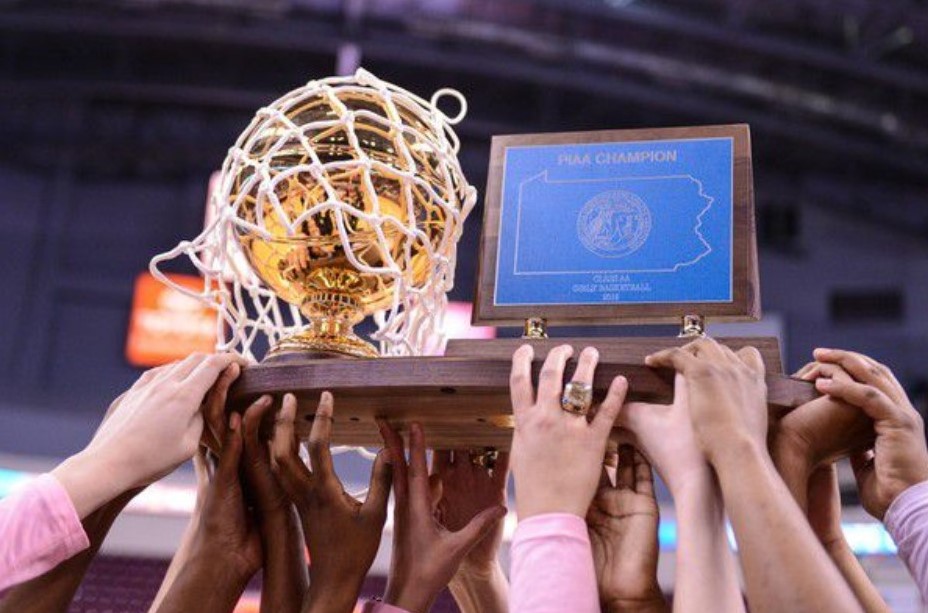 Image of a state championship trophy in basketball via the Harrisburg Patriot-News.

For years, coaches and superintendents from traditional public schools have complained that they face a disadvantage because private schools and charter schools aren’t restricted to drawing student-athletes from a geographical boundary.

“I came here (to Harrisburg as a politician) to fix problems, and this issue, PIAA reform, has been talked about for a long time,” Bernstine said.

Bernstine hopes the bill, HB1600, will move through the legislative process quickly.

“There have been more arguments about high school athletics than any of us can recall,” said Eric Failing, the executive director of the Pennsylvania Catholic Conference. “Let’s stop arguing about kids’ sports. These kids want to go out and have a good time, learn important life lessons. That’s what we should be focused on. Just let the kids play. That’s what we’re trying to do here today.”

Click here to read more about the potential future of high school sports in Pennsylvania in the Harrisburg Patriot-News.