From Missouri to Philadelphia to Exton: The Story of a Manufacturer That Revolutionized Firefighting 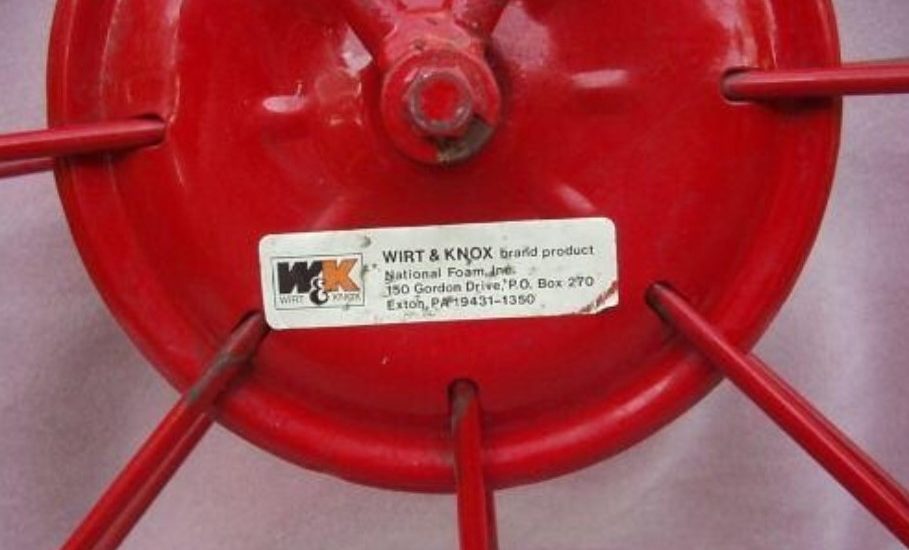 Wirt & Knox, a manufacturing company that revolutionized firefighting with its fire hoses and spent its last 25 years in Exton, closed in the early 1990s after failing to adapt to a changing market, writes Robert Masciantonio for Hidden City Philadelphia.

The premier manufacturer of firefighting equipment in the U.S. for decades, Wirt & Knox was founded in Independence, Mo., in 1881 by Dr. Reuben D. Wirt and G.M Nichol under the name R.D. Wirt & Company.

Six years later, Wirt patented a simple garden hose reel and then a complete hose cart. Together, these two patents created a garden hose reel cart made of light iron pipe connected by low-cost lightweight pins and rivets, and it was an immediate success.

The company grew and changed its owners and name, becoming Wirt & Knox, and relocated to Philadelphia in 1898.

However, the company failed to enter the booming fire extinguisher market. So it was purchased by National Foam Systems in 1965, then a West Chester-based producer of fire-suppressing foams.

In 1967, Wirt & Knox moved from Philadelphia to a 52,000-square-foot factory in Exton. It continued there for another 25 years, before finally closing.