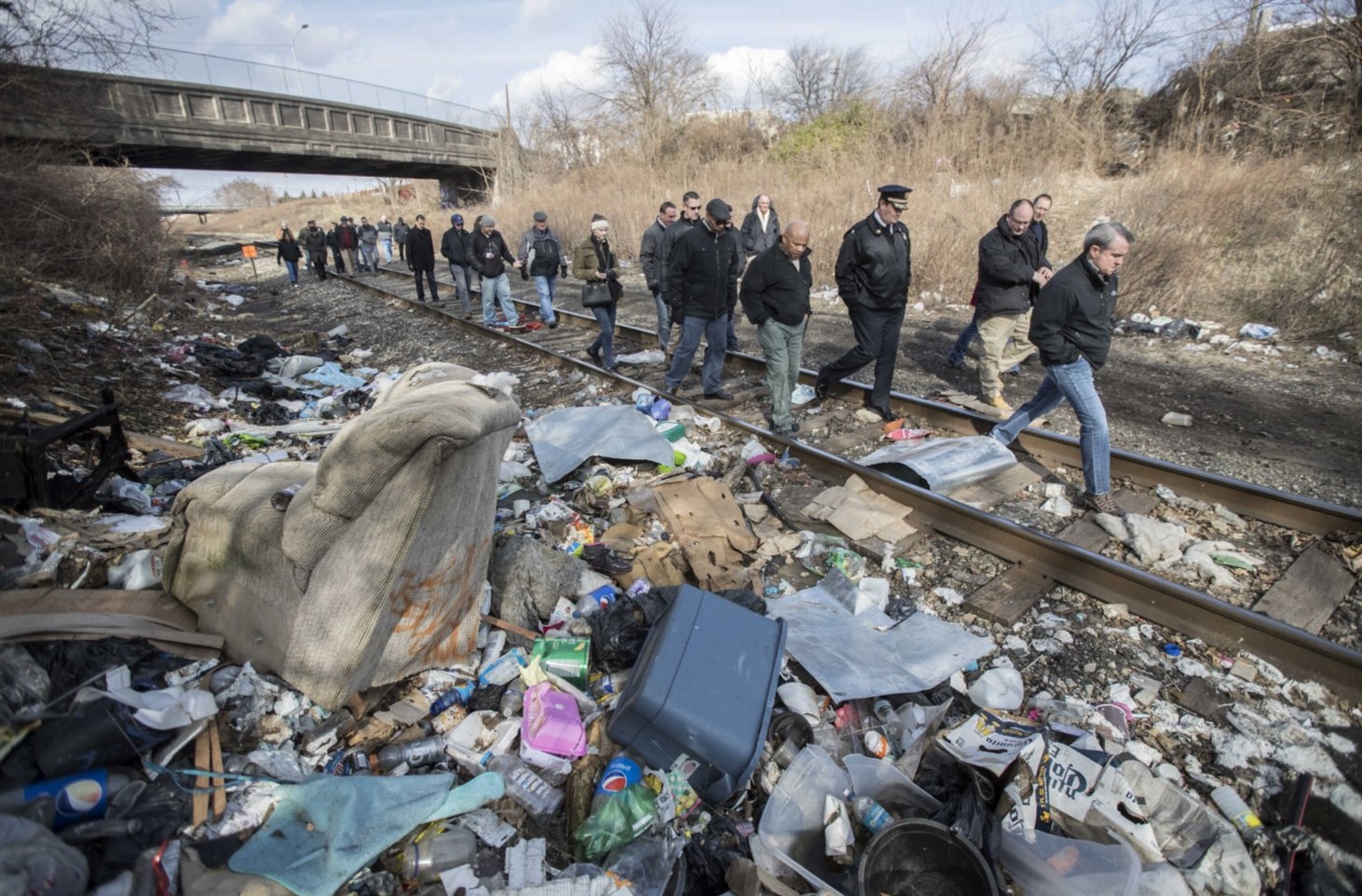 Image of an open-air drug market in Kensington, just four miles outside of Center City, via Michael Bryant, Philadelphia Inquirer.

A new study released by WalletHub in time for National Prevention Week has found that Pennsylvania has the 10th-biggest drug problem in the nation.

As a result, the Keystone State is likely to be most affected by the proposed hardline approach to drug use by the Trump Administration. This includes stricter sentences for drug-related offenses, including the death penalty in some cases.

The study compared the 50 states and the District of Columbia in three main categories. These are Drug Use & Addiction, Law Enforcement, and Drug Health Issues & Rehab. It uses 20 key metrics, including arrests, overdose rates, opioid prescriptions, and meth-lab incidents per capita.

Pennsylvania also ranked fifth for overdose deaths per capita and 18th for adults who used illicit drugs in the last month.

Opioid prescriptions per capita put Pennsylvania in 25th place, while the state was 29th in drug arrests per capita.

“The opioid crisis facing the entire nation is constantly on my mind,” Michelle Kichline, Chair of the Chester County Commissioners, recently told VISTA Today. “Several young people in my community have lost their lives to the heroin scourge. These were kids from good homes who were doing well in school. It didn’t matter.”

Chester County has a drug task force that looks at the crisis from many different angles.