From DELCO: Remains of WWII Pilot from Chester Finally Discovered, Buried with Honors 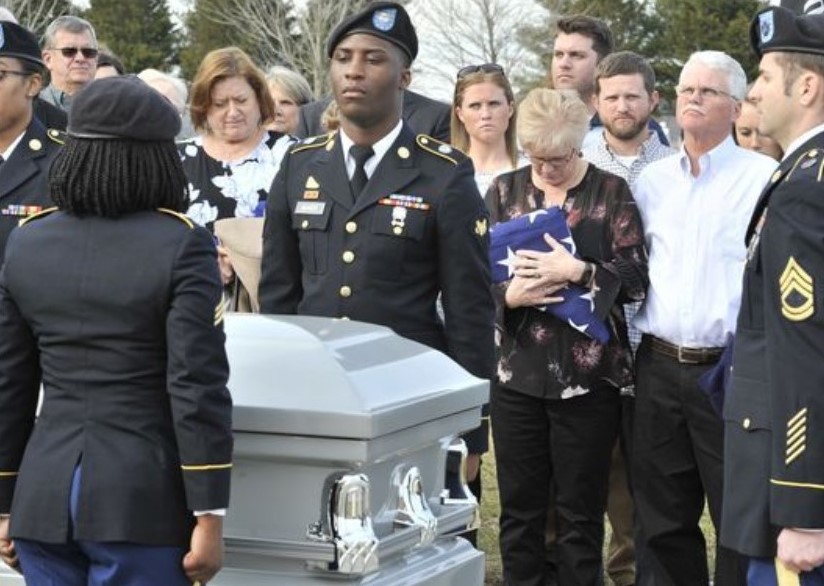 Image via the Wilmington News Journal.

Stanley Stegnerski, a fighter pilot from Chester who was reported missing in action over Germany during World War II, was finally laid to rest in Millsboro, Del., after decades of searching, writes Rae Tyson for the Wilmington News Journal.

Stegnerski, whose remains had recently been discovered in a field in central Germany, was buried with full military honors alongside his younger brother, who spent most of his adult life searching for him.

“Now, we all have closure,” said family friend Janice Tunell.

The ceremony took place in the Delaware Memorial Veterans Cemetery and was attended by family, friends, and local veterans.

“I am here to welcome a brother home,” said Benjamin Flynn of the Disabled American Veterans.

Henry Stegnerski spent years trying to discover what happened to his brother, who was shot down over Germany on Nov. 21, 1944. Sadly, he did not live to find out as he died in Chester three years ago, but Tunell continued the quest in his memory.

Last summer, Tunell was contacted by the Army, which said that Stegnerski’s remains had been discovered.

“I have to be honest,” she said. “After Henry died, I did not think we would ever find out.”

Read more about the World War II hero from Chester in the Wilmington News Journal by clicking here.