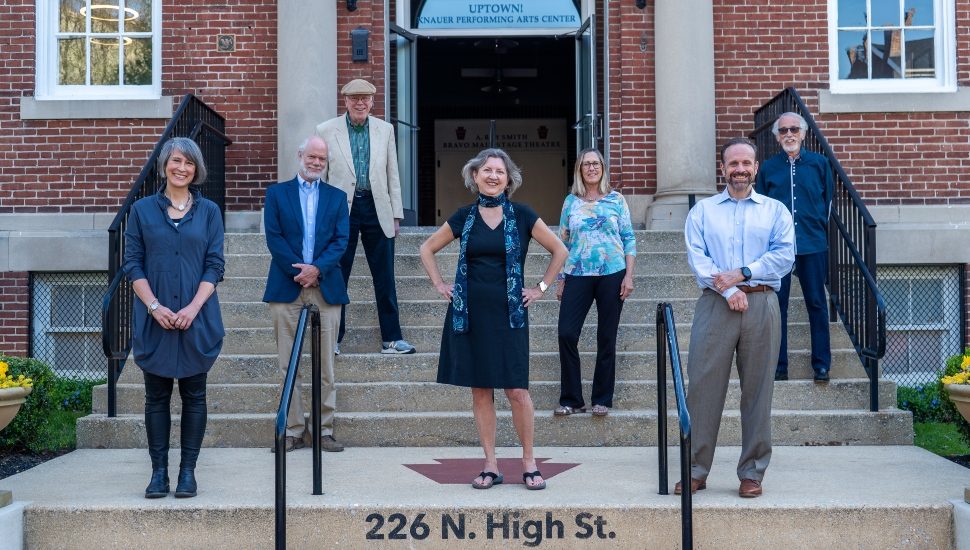 Molly K. Morrison has been elected board president of the Uptown! Knauer Performing Arts Center. She succeeds Holly Brown, who just concluded two years of leadership.

Morrison is retired as the former President of Natural Lands, a land conservation nonprofit.

Housed in a restored, historic armory in downtown West Chester, the 327-seat Uptown! theater opened its doors in 2017. Before the pandemic, the theater had hosted more than 100,000 patrons at 500-plus live shows.

“Uptown’s story is still unfolding,” said Morrison. “With its variety and quality of performances, Uptown! had become an essential community and cultural touchstone in a noticeably short period of time. The COVID shutdown is a temporary interruption, but the pent-up demand for in-person performances is enormous.”

During 2020, Uptown! launched a “Raise Up! the Curtain!” campaign to raise funds to see the theater through to re-opening.

“The community responded with incredible enthusiasm,” Morrison said. “We met and exceeded our $500,000 goal. Thanks to our supporters, we will be able to open the theater this fall without taking on debt and will be able to invest in new and appealing programming for all ages.”

She also credited the leadership of the board of directors, particularly past-president Holly Brown.

“Holly has never met a challenge that she didn’t want to meet head-on,” Morrison said.

Nicole Scimone, a board member for several years, is the newly elected board secretary. She is part of the CTDI Program Management team, focused on the supply chain for Comcast Corporation.

“Uptown’s leadership team has been the driving force behind our success,” said Executive Director April Evans. “I look forward to working with our new leaders as we welcome everyone back to the theater.”