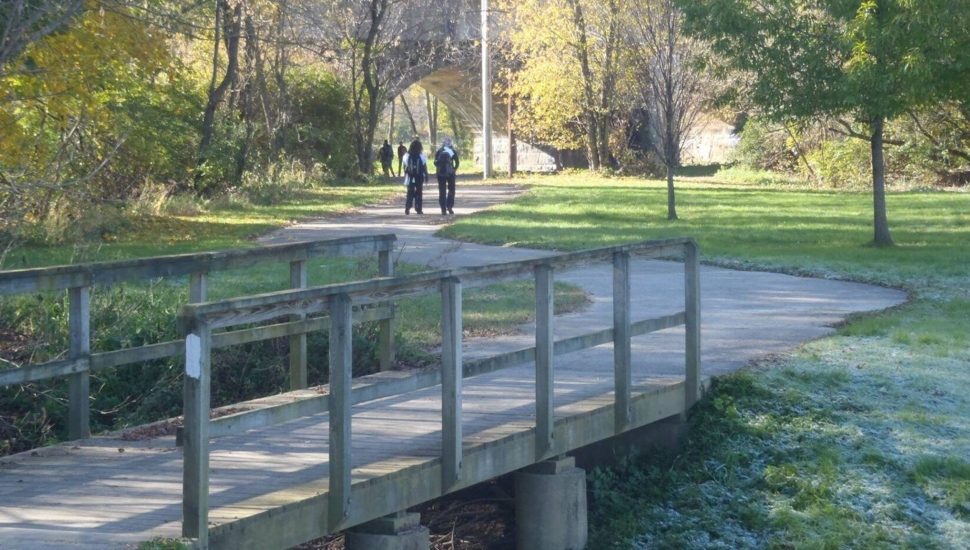 Image via the Daily Local News.
Johnsontown Park in Downingtown.

The long-planned Trestle View Village in the Johnsontown neighborhood of Downingtown is getting much closer to reality despite the vehement opposition of some nearby residents, writes Jen Samuel for the Daily Local News.

The Borough Council will vote at its next public meeting on granting the developer a variance that would allow 66 homes instead of 44 that are currently permitted under current zoning rules.

The developer’s conditional use request was previously advanced by the Planning Board to allow the construction of extra units.

During a review hearing held early last month, several residents spoke out against the planned development.

Randall Scott, a member of the Downingtown Community Focus Project, said the organization “echoes concerns that the new development will cause people to be priced out of their homes.”

“We need to grow our community in a way that doesn’t force people, who are poor or are on fixed incomes, out of their homes or out of the borough,” he said.

The builder behind it is Downingtown native Francis Taraschi. And if the conditional usage request is approved, construction will begin in the near future.

Read more about the proposed development in the Daily Local News.