With Triple Bypass Surgery Now in the Past, Parkesburg Octogenarian Hikes Equivalent of a Trip Around the World 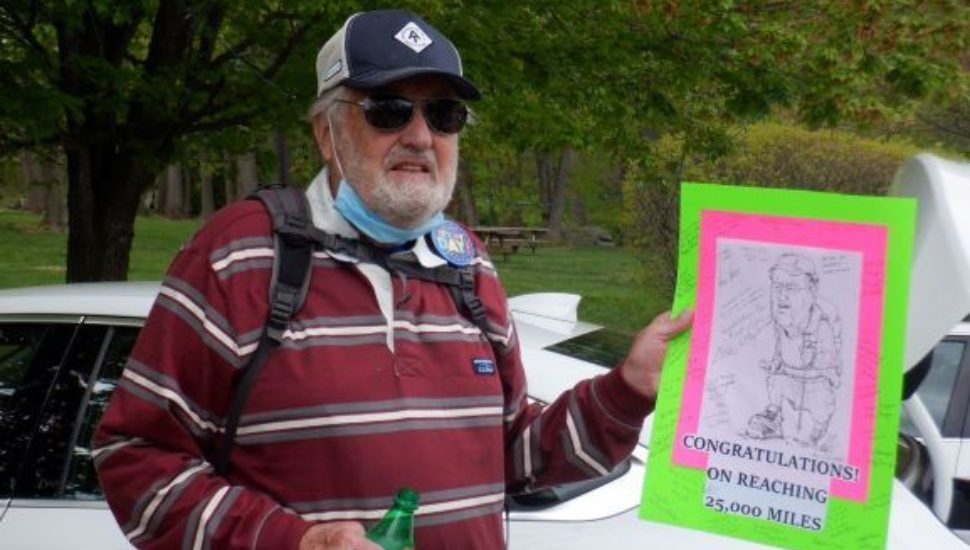 Don Barber, a longtime member of the Chester County Trail Club, recently reached the 25,000-mile mark of his hiking career. That distance is equal to a full trip around the world at the equator, writes Bill Rettew for the Daily Local News.

The Parkesburg resident who was awarded the Trailmaster Award by the club in 2007 hit this milestone while hiking a six-mile walk with 45 fellow club members at Bellevue State Park in Delaware.

On most of his hikes, the 83-year-old Barber wears boots. Over the years, he has worn out 15 pairs and resoled his favorite pair three times.

“I told my daughter to put them in my coffin,” said Barber.

And while his walks have become somewhat slower lately, he is persistent and has no plans of giving up any time soon.

“I’m just glad to be out there walking at my age,” he said.

However, due to a triple bypass surgery a few years ago, he now limits himself to flat parts or gradual inclines. But he still loves hiking with the club.

“You can talk, time goes faster, you learn things, and make friends,” he said.

Read more about Don Barber in the Daily Local News.

Food and DrinkDi Bruno's New Location in Wayne: Everything but Rocky Running Through the AislesMarch 29, 2021