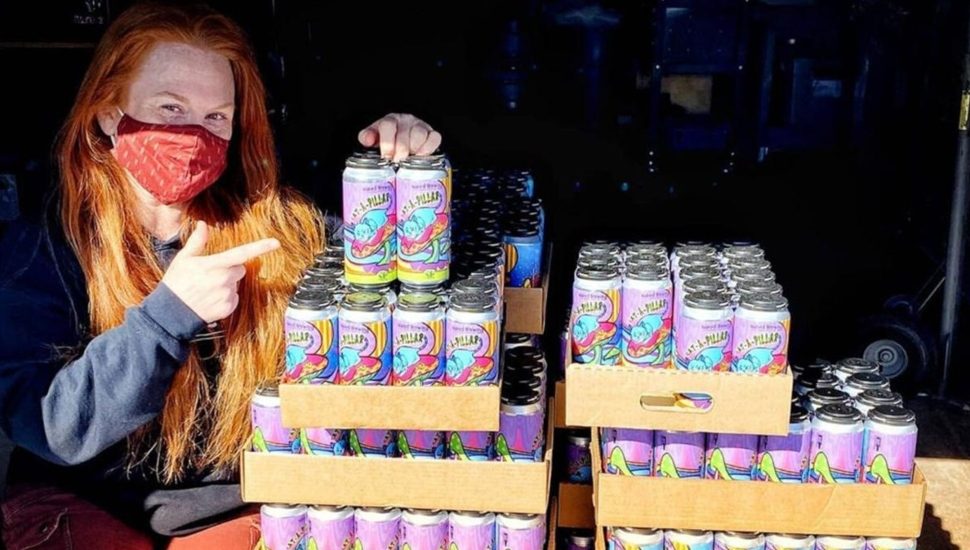 Female brewers at Huntingdon Valley-based Naked Brewing Company are prepping a beer for the 2021 Kennett Winterfest that will pay homage to Kennett Square as the Mushroom Capital of the World, writes Tara Smith for the Daily Local News.

The company’s new head brewer, Hannah Gohde, likes to tell stories in the brews she makes. She also loves the label art that invites drinkers into her stories.

The brew that is being prepared for the Kennett Winterfest started with a brainstorming session between Ghode, co-owner Shawn Dulee, and founder and co-owner Jim Crossland. The trio decided to make a beer in their cat series of hazy IPAs named “Cat-a-Pillar.”

The label art will feature a “Woodstock-psychedelic-Alice-in-Wonderland-esque” image of “a cat grooving on a mushroom,” she said.

Gohde, who is already building a name for herself in the industry, has one hope for the future.

“Someday, I just want to be known as a brewer – not as a female brewer,” she said.