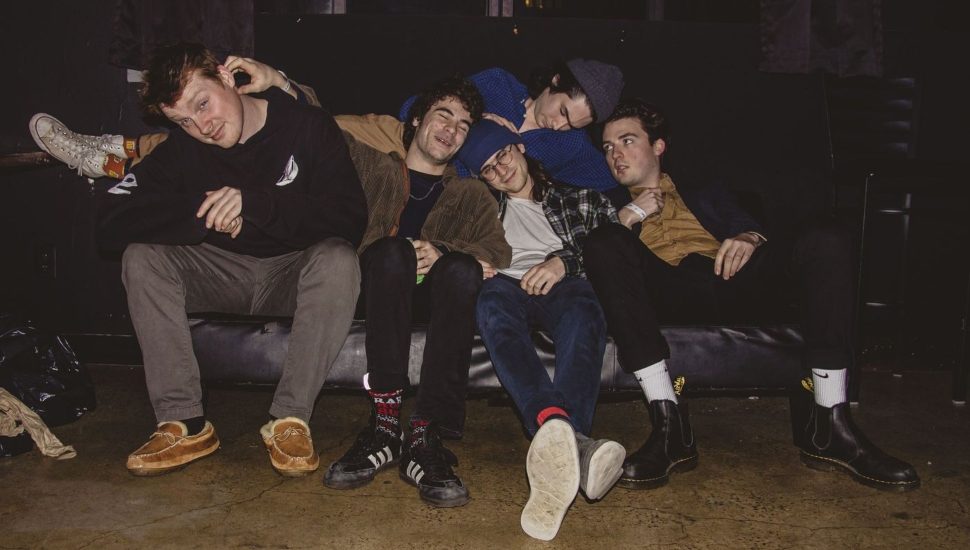 Image by Bre Cura via The Philadelphia Inquirer.

RFA, a popular rock band based in Philadelphia and fronted by West Chester native and Bishop Shanahan High School graduate Dan Cousart, has released a new album, Late to the Party, writes Dan DeLuca for The Philadelphia Inquirer.

The new album – the band’s second – comes exactly a year and a day after RFA last performed together at Ardmore Music Hall the day after Christmas in 2019.

The cover image of the new album is a black-and-white photo of a player piano from the front man’s home. This is where Cousart, who is also the band’s songwriter, wrote some of the songs for the record.

Late to the Party is one of the most vibrant and spirit-lifting rock albums of the last year. It was written and recorded before the pandemic, which is one of the reasons people like it so much, according to Cousart.

“It’s not lockdown music,” he said. “These are songs written from the perspective of things you would have seen at a party, things that were going on in my life, or our lives before all this happened. I think people find that refreshing.”

Read more about RFA in The Philadelphia Inquirer here.