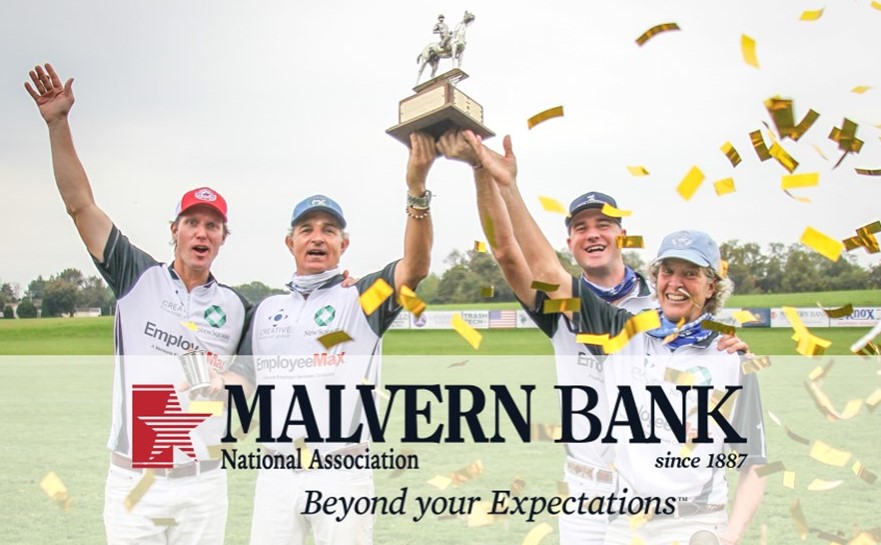 Malvern Bank, National Association was the presenting sponsor of the last match of the Brandywine Polo Club’s summer season. The Richie Jones Memorial Exhibition, named for an avid horseman and member of the Polo Club, was held on Oct. 18.

Brandywine Polo Club, a United States Polo Association club, brings the passion of polo and the spirit of the local community together every summer season. Located on 122 acres in the Brandywine Valley of Kennett Square, the Club was established in 1950 by James McHugh, who played collegiately at Yale.

The Shows Must Go On: Malvern Bank Goes Behind the Scenes with Horse Show Management