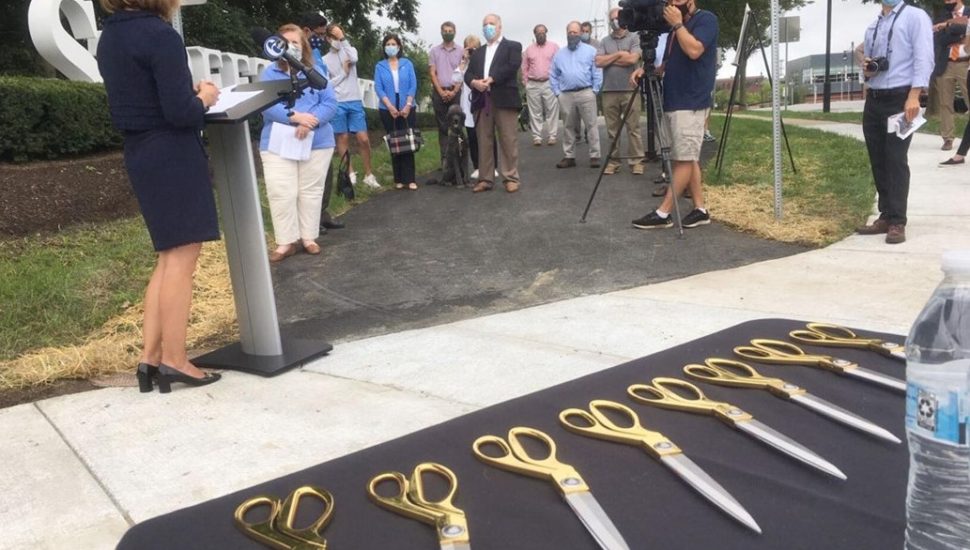 West Whiteland Township and Chester County officials marked the completion of two Chester Valley Trail projects that have made walking and bicycling in Exton safer and more convenient, writes Pete Bannan for the Daily Local News.

The improvements include the multi-modal trail extension on Route 100 between the Exton train station and Chester Valley Trail, along with signal upgrades and crossing improvements to the trail where it crosses Route 100.

The two projects were approved separately – one by the township and one by the county – but they were implemented together to save money and minimize traffic inconvenience.

Could a Pedestrian Bridge Linking Chester Valley Trail Over Route 29 Be Forthcoming in East Whiteland?