Could a Pedestrian Bridge Linking Chester Valley Trail Over Route 29 Be Forthcoming in East Whiteland? 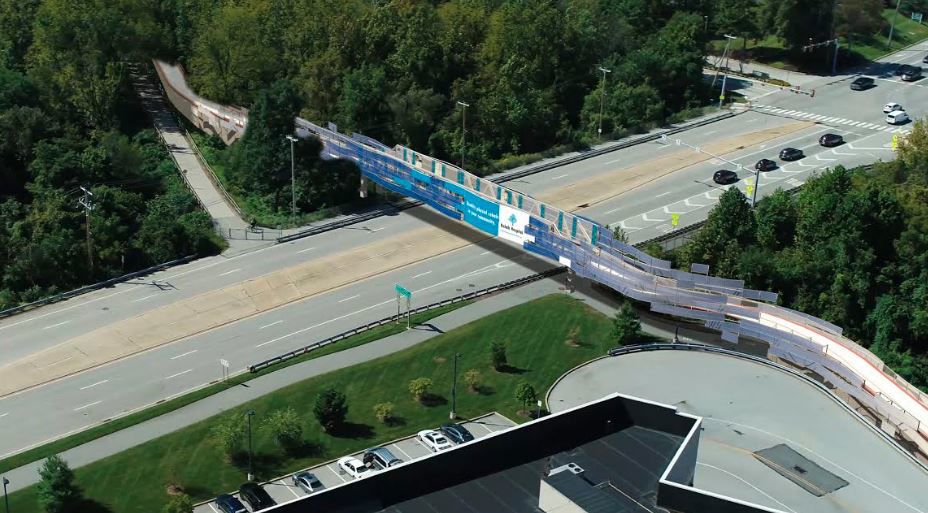 Image of a potential pedestrian bridge linking the Chester Valley Trail over Route 29 via Catalyst Outdoor.

Almost 100 people showed up for a meeting held last week in East Whiteland by Catalyst Outdoor on digital billboards the company is hoping to position in the township, writes Linda Stein for the Daily Local News.

Township supervisors are currently holding conditional-use hearings regarding three billboards to be placed along Route 30. But Ari Christakis, Catalyst’s vice president for development, revealed at the presentation that he has been in talks with the supervisors about putting the billboards in other locations as well, such as along Route 202.

The company has also said it would install a pedestrian bridge, with digital billboards on both sides, for the Chester Valley Trail over Route 29. It would cost up to $5 million.

“Our company would pay for all of it,” said Christakis. “The taxpayers would pay for nothing associated with the pedestrian bridge or any other installation.”

However, most of the residents present at the meeting indicated they were against having digital billboards erected in the township. Instead, they urged supervisors to say no to them.

Read more about the meeting in the Daily Local News here.