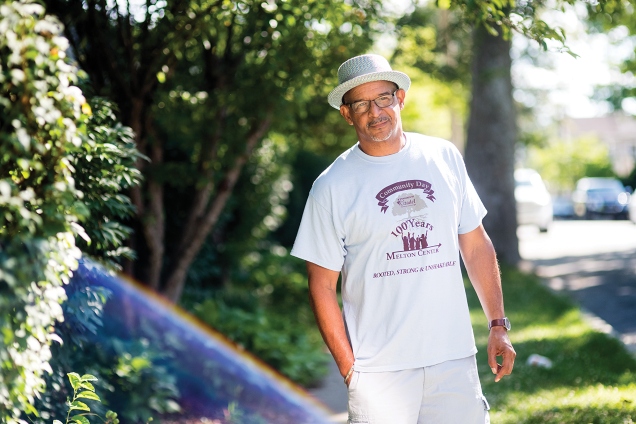 Kenneth Winston, Executive Director of the Charles A. Melton Arts & Education Center. More than a century after it was founded as the West Chester Community Center, the Melton Center continues to provide resources for marginalized communities. Image via Main Line Today.

More than a century after it was founded as the West Chester Community Center, the Charles A. Melton Arts & Education Center continues to provide resources for marginalized communities, writes Melissa Jacobs for Main Line Today.

Today, the center is led by Lisa Dorsey, president of the board of directors, and Kenneth Winston, executive director.

Dorsey grew up spending most of her time at the center.

It was “the focal point of the Black community in West Chester,” she said. “It was a beacon of light for us.”

In addition to community events, the center was integral in organizing community protests and continues to play an active role in battling racial inequity.

After falling on hard times, the center initiated its rebirth with the arrival of Dorsey in 2008. Soon, she secured a grant to restart the center’s after-school program. Winston meanwhile took on the job of running it as a volunteer, before becoming executive director in 2011.

Since then, Dorsey has restarted several of the center’s athletic programs and revamped its Community Day to encompass the growing Latino population.