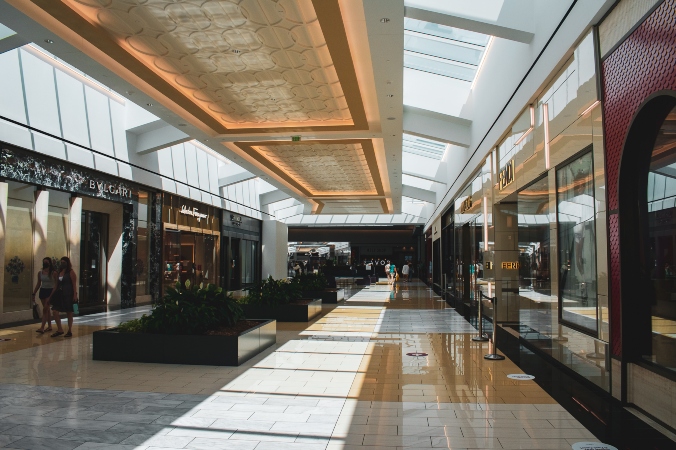 King of Prussia Mall owner Simon Property Group, the largest mall owner in the U.S., has begun buying some of its own stores out of bankruptcy. Image via Jack McGuane.

It is not a surprise to many that the difficult circumstances created by COVID-19 would spell the end of some mall retailers. However, Simon Property Group, the largest mall owner in the U.S., has decided that desperate times call for desperate measures and has begun buying some of its own stores out of bankruptcy, writes Alistair Gray for the Philadelphia Business Journal.

Simon’s most recent acquisition happened just last week, with the real estate investment trust purchasing Brooks Brothers, a longstanding menswear store that was forced to close its doors permanently due to the Corona virus.

This is neither the first nor the last such planned acquisition by the Simon Property Group, thanks to their -$21 billion market capitalization. Workers at the stores will surely rejoice, but investors are skeptical about the ethics of such purchases.

The fear is that as the King of Prussia mall owners come to buy certain stores that it will lead to them showing bias towards those properties in comparison to the stores in the same malls that they don’t own.

Perhaps the stores that are able to weather COVID-19 and not be forced to sell might then have to worry about pressure from their own mall.

Chairman and chief executive of the group, David Simon, seemed confident that the group’s tactics are the wave of the future, and those fretting over the strategy are “probably the same people that told Amazon to stay in the book business.”

Thus far the real estate group has done that they are not within their rights to do, but the unusual move has people observing the situation closely.

Simon Property Group bought Forever 21 out of bankruptcy earlier this year, and is now eyeing JCPenney as its next potential project.