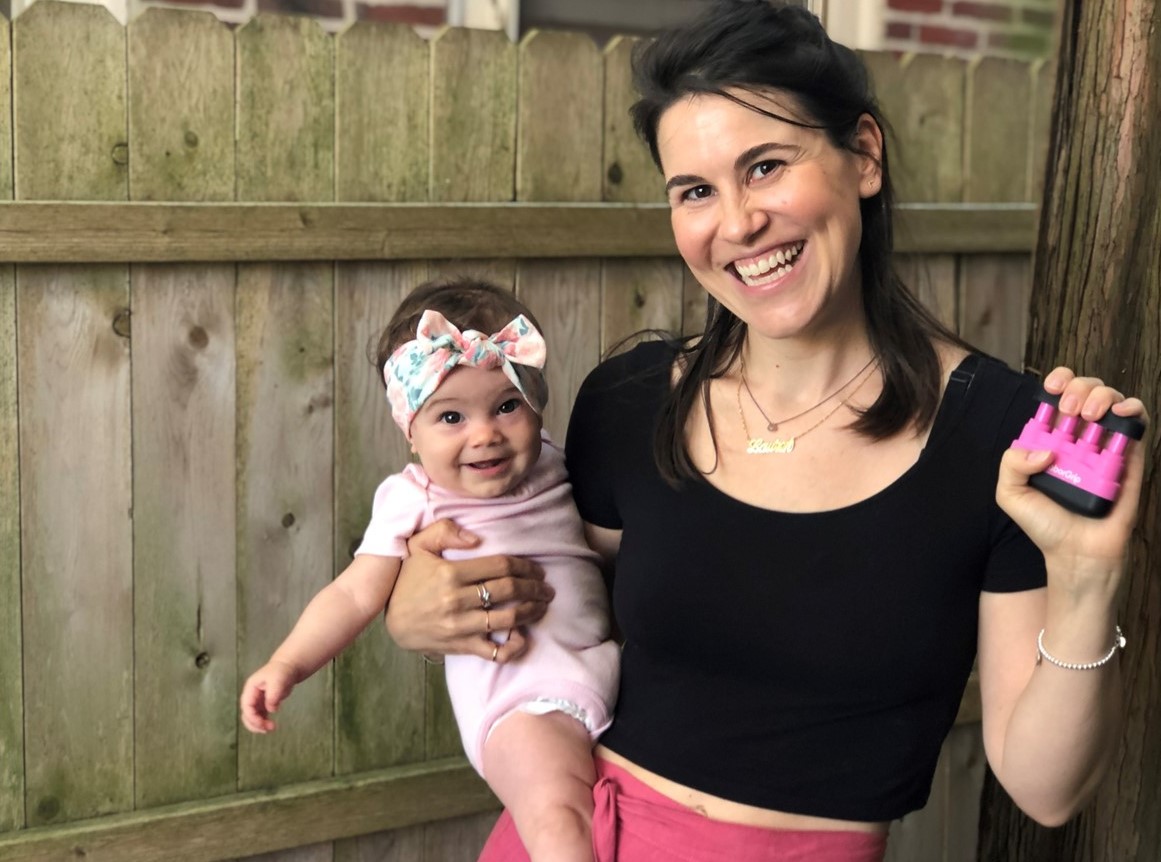 West Chester resident Lauren Richards, 33, has delivered all three of her children at Chester County Hospital, but it was after the birth of her third child when she realized she had almost broken her husband’s arm during labor.

“You always see the classic image of a pregnant woman clutching her husband’s hand,” said Richards. “I knew there had to be a better way.”

Enter the LaborGrip. After many prototypes and revisions, Richards created a comfortable, hand-grip device that is strong enough for women to squeeze during labor. She received a provisional patent from the United States Patent and Trademark Office for the device in early 2020 and has since started delivering customers their LaborGrip via Amazon. 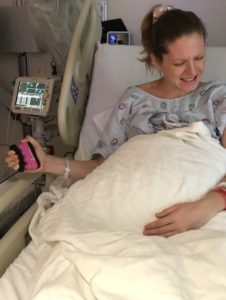 Today, LaborGrip is the only purpose-built device designed to help women “Get a Grip on Labor” and alleviate painful contractions. Richards also made a version of the LaborGrip for men called the StressGrip.

“Dads need support, too, and these are particularly stressful times we are living in,” she said.

Lauren and her husband – Paul Richards, the Chief Streaming Officer of StreamGeeks, a team that works to educate the public about the power of live streaming – are happy to donate a LaborGrip to expecting mothers in the area.

Attention Inventors: One Woman Launched Her New Idea in Under a Year