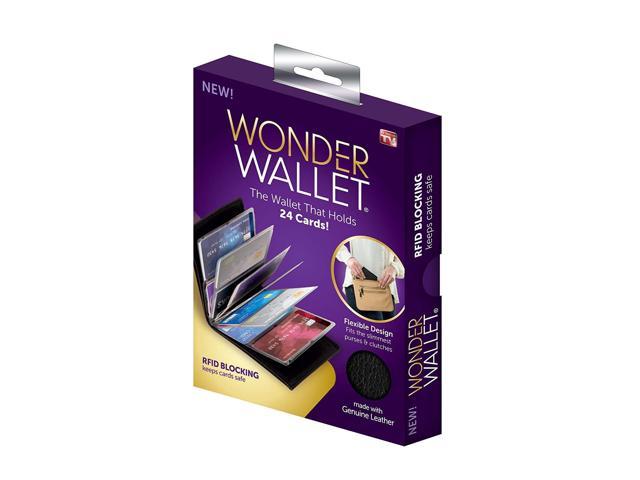 Alan Beckley of Plano, Texas, is an inventor at heart. When he grew tired of the discomfort of his bulky wallet in his back packet, he came up with a new slim, flexible wallet called the Savvy Caddy, now known as the Wonder Wallet. “When you fold it up, it’s half as thick and holds twice as much as a regular wallet,” says Beckley. Little did he know that his trick for solving a common problem made his invention tailormade for QVC.

After trying for years to license his product to a larger company, Beckley got lucky in 2009 when a friend introduced him to a vendor representative—a former QVC buyer who now specialized in selling new items to the retailer. “He thought my product had real potential,” Beckley says.

His rep was right, and QVC wanted to showcase his new wallet. Beckley was thrilled with the opportunity: “You can connect with their millions of viewers. It’s a product introduction you don’t get from any other forum, all of that heft, marketing ability, and brand awareness.”

Up next: “Now I had to go through all the QVC procedures with samples, the final packaging, and there’s a regulatory process,” Beckley says. “But once it’s tested and signed off on, it’s just a matter of getting your air date.”

Knowing that demonstrability was just as important to QVC as solving a problem, Beckley practiced his sales pitch in the months before he went live on air. “Most inventors are one and done on QVC, because they don’t do their research,” he says. “I did and learned that it’s all about the demonstration, and it has to be fast. The inventor gets less than two minutes to pitch, then the host does the talking.”

His solution? “I had a pair of shorts made with a plastic back pocket and a little stand to put them on,” Beckley explains. “So, when the host asked if my wallet really could fit easily into a back pocket, I dropped it right in.” Another trick Beckley used: “I had a typical wallet next to a silver dollar, showing how wide it was. I put my wallet next to a dime to show the difference.”

He also knew his rapport with the QVC host was crucial. “You can’t be slightly rude or abrupt to the host,” Beckley says. “People at home will not like it. You want to answer the host as quickly and clearly as possible. And you always defer to the host.”

His research paid off. In just five minutes of air time, Beckley made $27,000 in sales. He did so well that he was invited back twice more, avoiding the dreaded one and done.

Beckley now helps other inventors realize their dreams. Find out more about the Wonder Wallet and Beckley at alanbeckley.com.

Amid the Coronavirus Shutdown, Hosts’ DIY Approach Keeps QVC on the Air

How One Woman Made 800 sales on QVC in Five Minutes