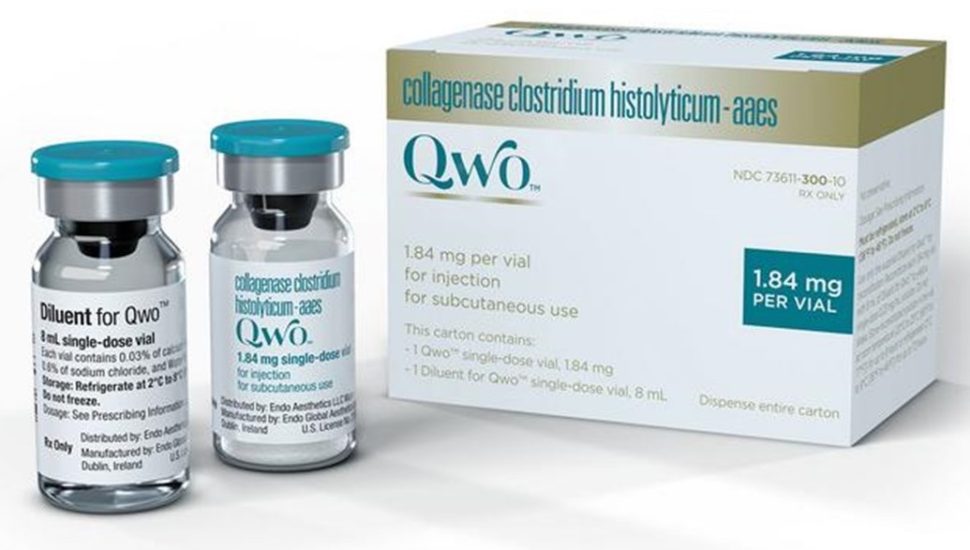 Endo International, the Dublin-based pharmaceutical company with its U.S. headquarters in Malvern, has received marketing approval from the FDA for its injectable drug to treat cellulite, writes John George for the Philadelphia Business Journal.

This makes the company’s new drug, Qwo, the first injectable treatment to be cleared by the FDA for the skin condition. Qwo treats moderate to severe cellulite – a localized alteration in the contour of skin.

The announcement of this approval bumped the company’s stock by around 15 percent.

According to Blaise Coleman, Endo International CEO, the approval marks the start of the company’s “exciting new journey into medical aesthetics.”

To market and promote the new products, the company has created Endo Aesthetics, its new Malvern-based subsidiary.

And while the company originally planned to launch the product this year, the company decided to move the target date to the spring of the following year even before it had received the approval.

“This tactical shift in launch timing is intended to allow medical aesthetics physicians and their patients, as well as the broader market, to return toward a pre-COVID-19 environment,” said Coleman.

Malvern’s Endo on Cusp of Breakthrough in Multibillion-Dollar Market

SportsN.Y. Times Recounts How the Immaculata Women's Basketball Team Had to Self-Fund Its Way to Being MightyApril 7, 2021