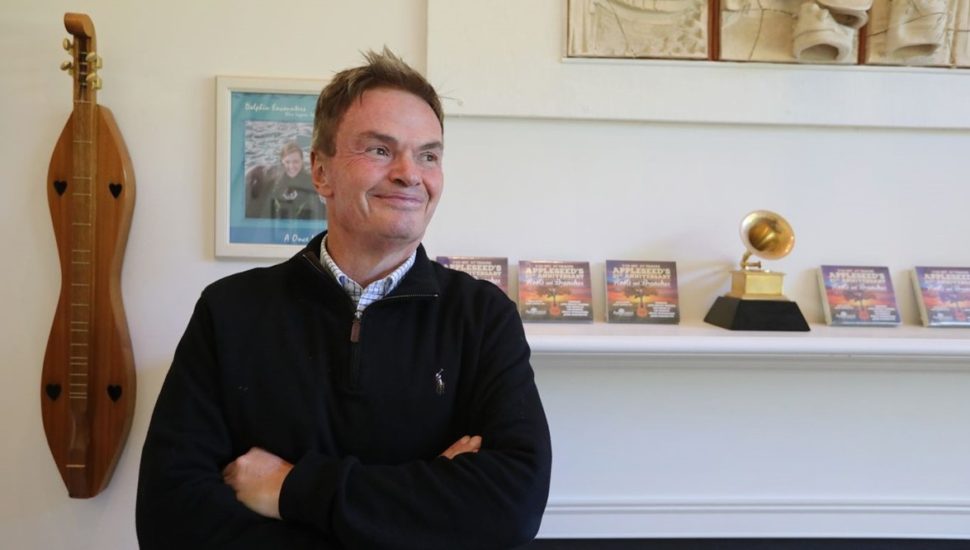 Jim Musselman, a lifelong activist and the founder of Appleseed Recordings in West Chester, was instrumental in getting automakers to install airbags in cars, writes Michael Bradley for Main Line Today.

Musselman was so determined that he even managed to get Lee Iacocca, the then-CEO of Chrysler, to reverse his stance on airbags.

“I was getting celebrities to go to Chrysler headquarters to protest — I had Sissy Spacek, Dustin Hoffman, Bill Murray, and Robert Redford,” said Musselman.

Musselman was also a part of consumer advocate Ralph Nader’s presidential campaigns, worked for peace in Northern Ireland, and collaborated with Michael Moore, the Oscar-winning documentarian.

“I’ve been on the right side of history,” said Musselman.

In his music career, he has operated his record label for the last 24 years and has also won a Grammy. But he never steered far from activism and has worked with the likes of Pete Seeger, Tom Paxton, and The Byrds’ Roger McGuinn.

“Appleseed uses music as a bridge — and also to help the artists,” said Musselman.