Home Archive Open or Not? Speak Up, Speak Out

Open or Not? Speak Up, Speak Out 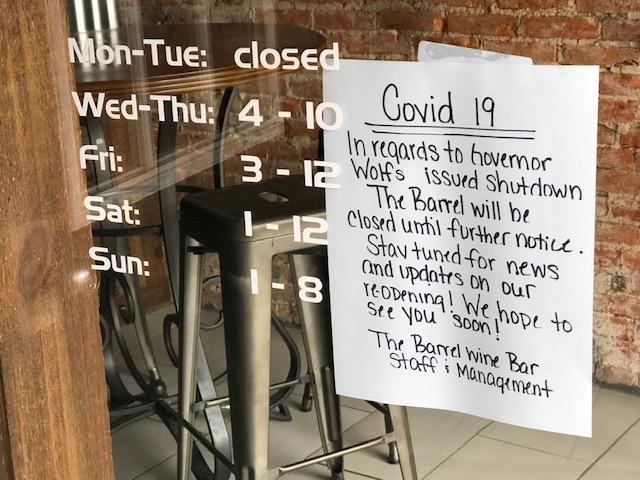 By Terence Farrell and Ken Knickerbocker

We’re all doing the same thing. Watching the news about the pandemic, paying attention to what states are opening back up and which aren’t, pondering why one state is taking one approach while a neighboring state seems headed in a radically different direction.

We watch, we listen, we read, we take it all in and, over a few hours or days, form our own opinions about which state’s governor is making the right decision for his or her state’s businesses, nonprofits, schools and universities . . . and which aren’t.

And then, watch out, we all start sharing those opinions with anyone and everyone who will listen. First with our families, then over the phone or Zoom meetings, with our colleagues and neighbors.

The bravest of us venture into the wilds of Facebook and/or Twitter to broadcast our (mostly) well-reasoned opinions with our online circle of friends, connections and followers.

What nearly nobody does, is tell the governor, our state senators or representatives or local elected officials what we think about remaining closed or opening our local Chester County or regional economy back up.

We want that to change, and here’s why.

In this current environment where face-to-face encounters with state and local leaders are no longer possible, our representatives are encircled by ever distancing social walls.

They don’t know what we’re thinking, or why we think the way we do. Worse yet, our elected representatives do not have the benefit of hearing our creative ideas for how to open Chester County’s economy in a prudent, careful, and healthy manner.

Without our input, our elected officials will not get the input necessary to make the best decisions on our behalf. They just won’t.

Don’t know what to write? Start out by sharing your perspective on one or all of the following three questions.

Remember – as both of our mothers used to say – you attract more bees with honey than with vinegar. The more courteous and civil you are in your suggestions, the more likely it is your opinion will be read and considered.

Argue the merit of your ideas but don’t attack. Attacking or tossing out personal insults is not only unprofessional and rude but a sure way to ensure your opinion gets deleted before its merits are fully considered.

Please also be cognizant of the fact that our governmental system is hierarchical in nature. As we (Ken & Terence) both know, having served at the borough and County levels of government, respectively, local officials may not have the power to effect the change or implement the suggestions you advocate. They do, however, have the power of persuasion and can advocate for your positions and ideas upstream governmentally.

Here are the emails of State and local officials. Please take five minutes to let them know how you feel about opening our economy (or not) and why. Thank you!

Terence Farrell is a former three-term Chester County commissioner. He and his wife live in West Chester.

Ken Knickerbocker, the publisher of VISTA Today, lives in Parkesburg. He the former president of Parkesburg Borough Council and the Octorara School Board.