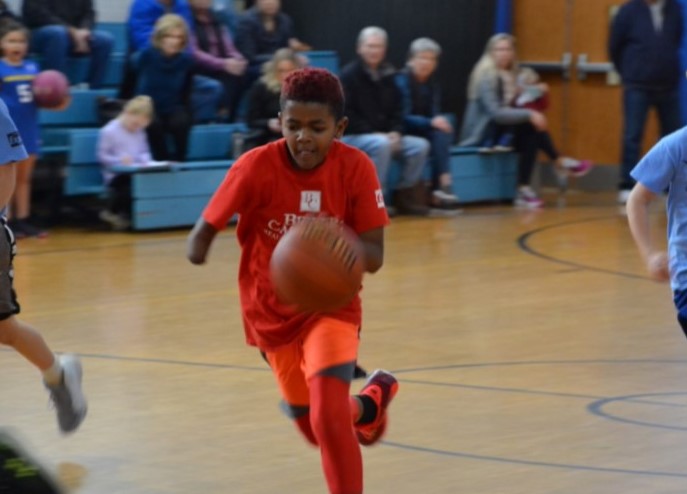 Image of James Ruffin via the Chester County Press.

James Ruffin, a 10-year-old boy who was born with a congenital upper limb deficiency, is an accomplished basketball and football player who does not let anything stand in his way to success, writes Steven Hoffman for the Chester County Press.

Ruffin excels on the basketball court in the Kennett Area Park and Recreation League. The fourth-grader at Greenwood Elementary School is also a defensive end and offensive lineman for Kennett-Unionville Titans. He even earned the nickname “Big Game” for his ability to make big plays.

He found role models in other accomplished athletes with disabilities. These include Kyle Maynard, who became the first quadruple amputee to climb Mount Kilimanjaro without the aid of prosthetics eight years ago.

Ruffin also has some advice to offer other young people in a situation like his.

“Just don’t give up,” he said. “Even though you don’t have all of your parts, you can still be as great as the ones who do. Just keep trying and do your best.”