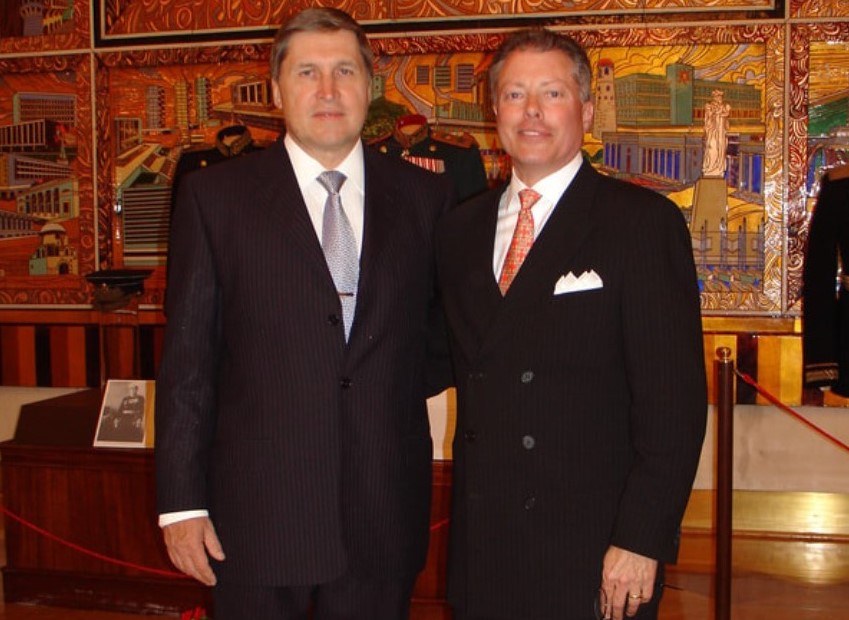 Jim Sinclair, right, poses for a photo with Yuri Ushakov, a Russian diplomat, in Washington, D.C.

Jim Sinclair – a seasoned guitarist who played country music with a number of famous musicians, including Johnny Cash – has amassed an impressive collection of everything from WWII uniforms and medals to guitars and cars, and he’s showcasing it at his Kennett Square home, writes Roger Morris for Main Line Today.

Sinclair traveled extensively during his youth and into middle age, always making a habit of returning home with souvenirs. Over time, what had begun as just a handful of things blossomed into a genuine collection that he now curates himself.

The extensive collection began with Sinclair’s youthful fascination with military decorations that adorned his relatives’ service uniforms after they returned from World War II. The eighth-generation Chester County resident still owns these uniforms, as well as a collection of Russian military uniforms worn by some of the Soviet Union’s highest-ranking military heroes, including Stalin.

“It’s the most complete collection outside of Russia,” he said.