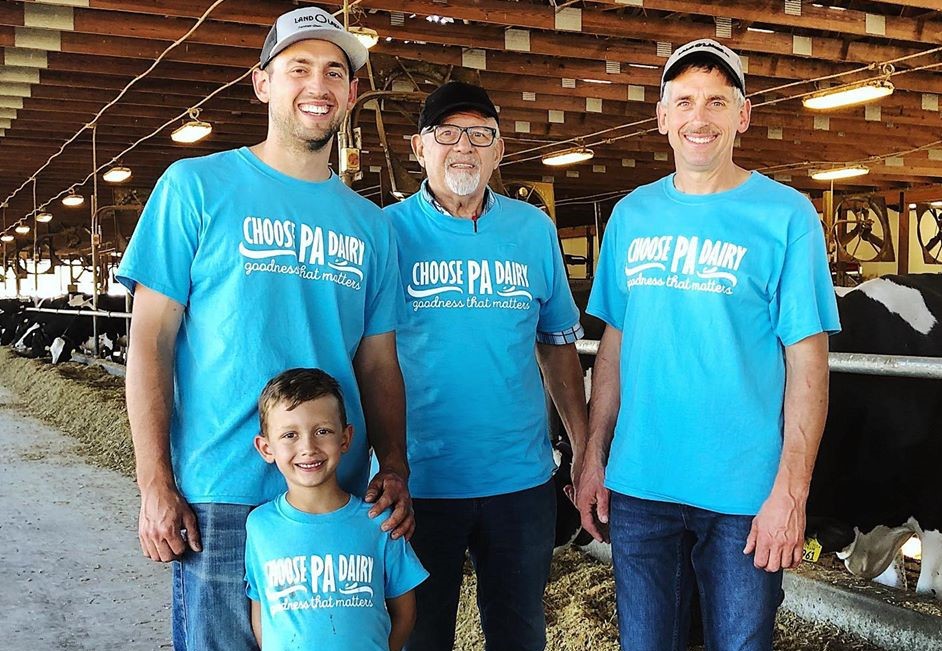 Jared Kurtz, left, represents one of four generations of dairy farms at Kurtland Farms in Elverson.

Jared Kurtz of Kurtland Farms, a multi-generational dairy farm in Elverson, believes that the announced bankruptcy of Borden Dairy Company, a major milk producer, will have little direct impact on local dairy farms, writes Sean Adams for the Harrisburg Patriot-News.

However, while Dallas-based Borden Dairy has no facilities in Pennsylvania and does not produce a lot of local milk, there are still concerns over the announcement.

“The biggest thing is probably the headlines that it’s going to grab in the news: ‘Another dairy processor applying for bankruptcy in the midst of a notable downturn in economics in dairy farming,’” said Kurtz.

According to Kurtz, the milk industry has been struggling for several reasons, including the growing number of milk alternatives and the recent rise in tariffs.

Still, these issues have not stopped him from having a positive outlook on the future. While there has been a shift in the way the public perceives milk products overall, he believes the industry will adjust in response to better address customers’ concerns over issues such as animal welfare and food safety.

“I think the industry is already doing a better job telling our story,” he said.

Read more about the dairy industry in the Harrisburg Patriot-News here.