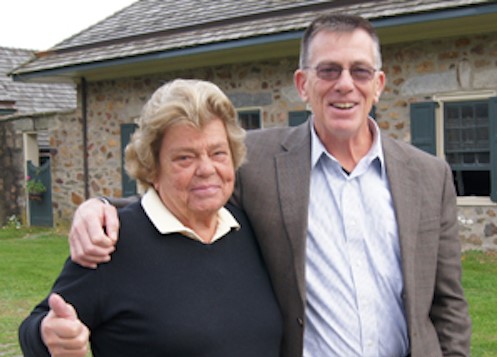 Malvern resident Elizabeth “Betty” Moran, owner and breeder of several champion racehorses, has died at the age of 89, according to a report from Thoroughbred Daily News.

“She was probably the most generous person I’ve ever met, not to just write a check, but ring a bell for the Salvation Army in downtown Philly,” said Reiley McDonald, Moran’s longtime adviser.

Moran was born in Bryn Mawr. She then moved to Brushwood Farm with her father after her mother died. At the time, it was a dairy farm in Willistown Township.

Her love of horses soon took her to events at the Radnor Hunt Club and weekend horse shows.

As a horse owner, her first stakes winner was Tib’s Eve, which took the Tom Roby Steeplechase at Delaware Park in 1978. Later, she won both the 1989 National Hunt Cup at Radnor with Tostadero and the Grand National at Aintree in 2000 with Papillon.

Additionally, she was a longtime supporter of Penn Vet’s New Bolton Center in Kennett Square, along with other local organizations and charities, including the Chester County Food Bank.