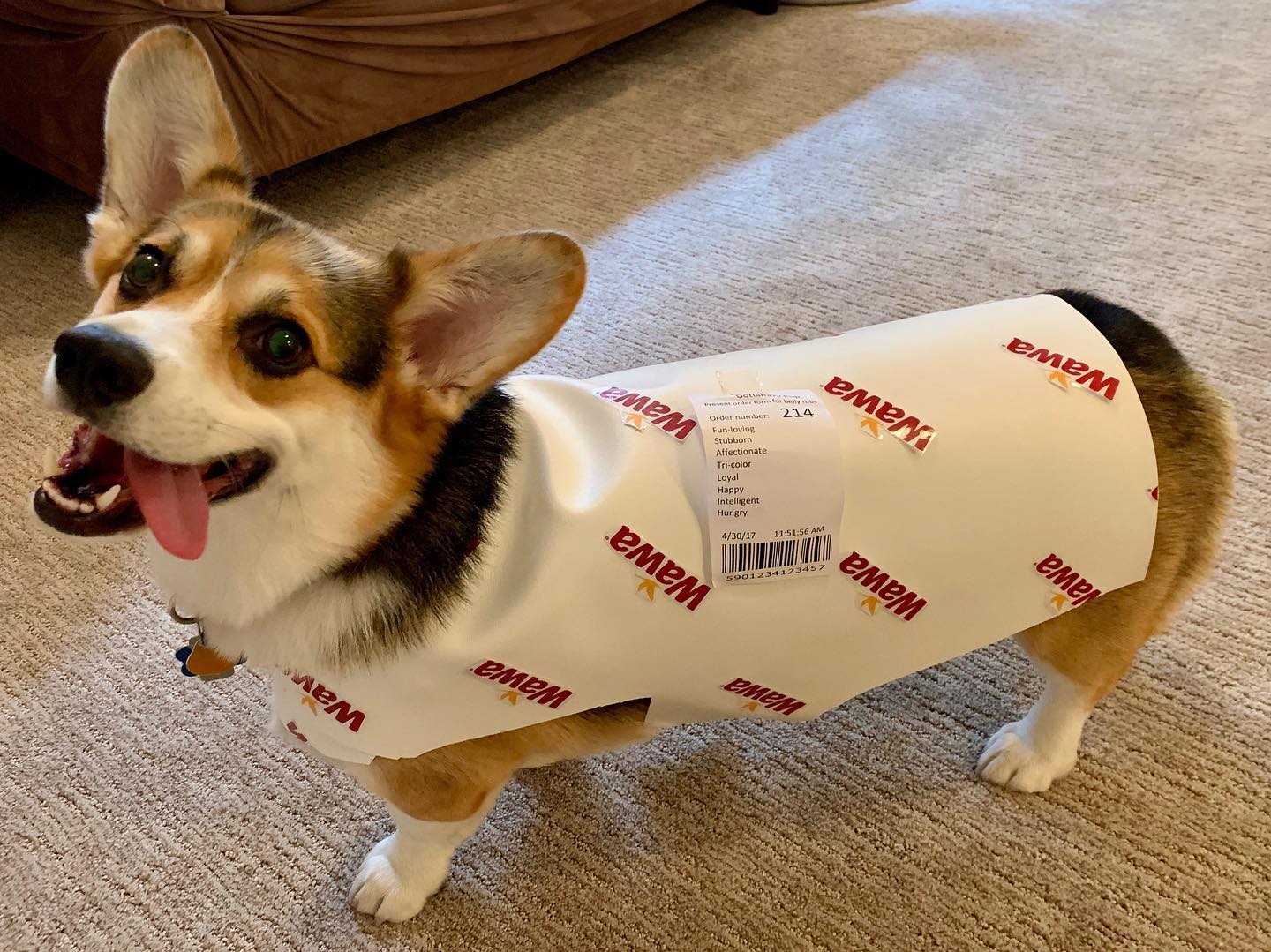 A corgi named Miles has earned Internet fame after his owner, Conshohocken’s Paul Watsko, posted an image of him in a Wawa hoagie costume for Halloween on Philadelphia Subreddit, writes Nick Vadala for The Philadelphia Inquirer.

The costume, complete with a receipt, elicited many delighted reactions from Reddit users and secured Miles more than 3,000 up-votes.

A photo of Miles was also posted on Facebook by Adam Tracey, owner of Pooch Patrol Dog Walking & Pet Sitting in Conshohocken. This quickly received  2,500 likes, 3,000 comments, and 6,400 shares.

However, getting Miles into the costume took some work from Watsko and his wife, who sewed the getup and added printed Wawa logos on it. The pair rewarded the pooch with plenty of treats during the fitting process to ensure the experience was a rewarding one.

Wawa took notice of the photo and has since asked to use it for marketing.

“Any time we walk him around Conshy, he brings smiles to people’s faces,” said Watsko. “We’re glad he’s getting his five minutes of fame. ”

Read more about Miles the Hoagie in The Philadelphia Inquirer by clicking here.