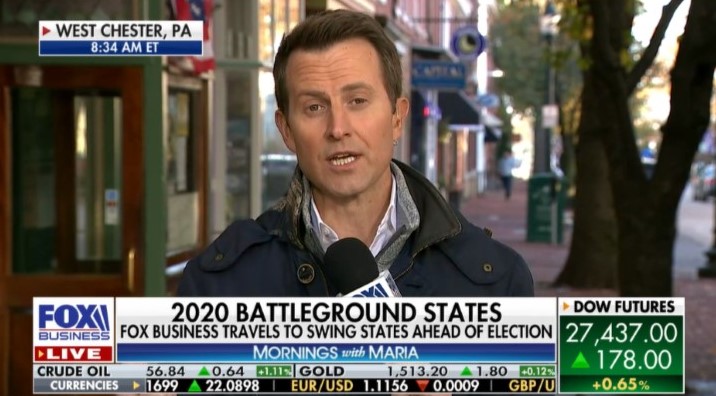 In Chester County, support for President Donald Trump boils down to a battle between personality and performance, writes Connell McShane for the FOX Business Network.

The FOX Business Network visited West Chester earlier this week to get a feel for where people stand a year ahead of the next presidential election.

In 2016, Trump won Pennsylvania, but he struggled in the Philadelphia suburbs. Chester County, which traditionally leaned Republican in presidential elections, voted for Hilary Clinton.

Currently, one thing local voters agree on is that the local economy is booming. However, that does not mean that their votes have been decided.

“I guess I’m in the middle,” said one resident. “I’m not too sure which direction I’m going in at this point.”

Another resident said she could not vote for Trump because she does not support his beliefs.

“I think he is fueled by money and personal gain rather than looking at the actual people,” she said.

“I see this town booming economically,” said another. “I think they should just judge him on the job he is doing, instead of his personality.”

Watch the latest video at foxnews.com